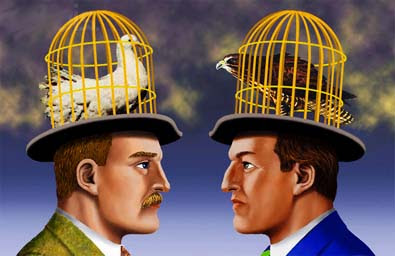 A couple of years ago, the legislative director for a large national bird conservation group stopped by my office, a bit apoplectic at the stupidity of it all.

Well yes, but could you be more specific? A lot of stuff is stupid.

My friend was in a twist because the U.S. Government was going to spend tax dollars to poison two million Red-winged Blackbirds with an avicide called DRC-1339. This was being done to protect the South Dakota sunflower seed crop which was . . . wait for it . . . destined to be sold as wild bird seed.

Yep, you got it. Your tax dollars at work. Public tax dollars were going to be spent to kill two million Redwing Blackbirds a year for three years in order to protect a private crop of sunflower seeds, which was going to be sold as bird seed.

Such irony is not all that unusual in the world of wildlife management where the most peaceful kind of people can find their dander rapidly rising if their own time, money and animals are at risk from natural (or even unnatural) predation.

In the world of wildlife management, where you stand often depends on where you sit.

For example, it takes a lot of time, energy (and some small outlay of money) to plant a quarter-acre vegetable and flower garden. After you have fed and watered your garden for weeks, and just as your stringbean crop begins to come on line, a groundhog waddles over from the hedgerow and undoes everything.

The next week you come out to find deer have knocked down half the tomatoes and eaten the tops off all the beets. Are you OK with this, or do you set a Havahart trap and build a fence? When the fence is easily jumped by the deer and the Havahart trap is completely ignored by the groundhog, does "Plan B," involve a Remington rimfire? 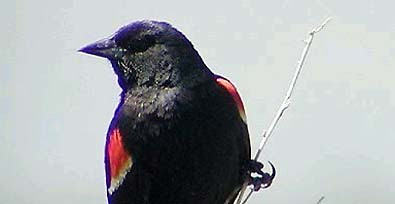 You see? Where you stand depends on where you sit.

The question is where do you draw the line.

What's a Roller Pigeon, you ask? A Roller Pigeon is a pigeon that has a defective gene that causes it to have a small seizure in mid-flight. That seizure, in turn, causes the bird to roll over and tumble in mid-flight -- the very kind of distressed-bird behavior that is most likely to attract hungry hawks and falcons.

It turns out that if you are a Roller Pigeon fancier you get quite upset when you see your birds nailed by raptors.

But should you be upset? Really?

If you are turning sheep and cattle out on National Forest land in Wyoming without so much as a human attendant, shouldn't you expect a few hungry wolves and bears to show up? Do the wolves and bears have the right of primogenitor on this land, or is this simply a case of "might makes right," in which a few humans, for narrow economic interests, are allowed to remove all wolves (or hawks and falcons) from public lands they do not own?

If you think shooting wolves on public lands in Wyoming in order to protect a few subsidized sheep does not quite pass the smell test, what would you say if, instead of a wolf, it was a coyote eating your dachshund in your very own backyard in Los Angeles? Would you reach for a .22 then?

Is it OK to shoot Sea Otters that predate on abalone and fish? It it OK to shoot Anhinga and Cormorants that raid fish weirs? How about Sea Lions? Sharks?

Why is a fox different than a groundhog or a deer? Why are those pen-raised birds different from your vegetable and flower garden?

OK, let's think about Red Fox some more, but this time let's imagine that the birds are indigenous and endangered birds. Is it OK to trap or shoot fox in order to maintain a species that might otherwise be wiped out by the presence of Red Fox? Is it OK to trap and shoot Red Fox, Raccoon and Skunk in the Prairie Pothole Region where they threaten to sharply reduce nesting native ducks which are not an endangered species, but are a major economic engine in the form of sport hunting ?

OK, let's move the debate to crops and land protection. A farmer plows up his land, fertilizes it, and puts in 1,000 acres of corn. With the first rain, excess fertilizer flows into the stream and kills fish. With the first corn sprouts, the farmer begins to spray herbicides to keep down weeds. A spraying of insecticide follows four weeks later in order to keep down Corn Borer. In the end, the stream has no fish and the land itself is green but otherwise as devoid of wildlife as a desert. The corn is subsidized by U.S. taxpayers, and the final product is shipped overseas. Lots of wildlife has been killed or pushed off the land. Is this OK? If so, why? If not, why not?

You see? Right and wrong here are not as simple as black and white. Ethical concerns and aesthetic concerns collide. Rights and responsibilities are in competition. Questions of sustainability arise, as do economic valuations, and the relative merits of native vs. non-native, endangered species vs. common animal, and public land vs. private land, to say nothing of vegetable vs animal, and prey vs. predator.

Should we value apex predators less, or more, than the animals they eat, and that we eat? How many sheep is a wolf worth, and does that equation change if you are being asked to foot the bill? Should the interests of a few hundred ranchers decide wildlife policy for the nation?

Finally, is there such a thing as an assumed risk?

Let's go back to the Roller Pigeon controversy out in California, Washington and Oregon. First the facts: It seems that Roller Pigeon enthusiasts along the Pacific Coast (and for all I know, around the country and around the world), have been systematically killing hawks and falcons that have been predating on their odd-flying birds.

How many hawks and falcons have the Roller Pigeon folks been killing? Quite a lot according to the U.S. Fish and Wildlife Service. Seven people have been arested for killing or helping to kill 1,000 to 2,000 hawks and falcons a year in the Los Angeles area alone. That may sound like an impossible number, but it's not; that's just 20 to 40 people each killing 50 birds a year. Since one fellow in Oregon bragged to Fish and Wildlife that he had killed 40 hawks in just 30 days, the number is probably not too inflated.

And appparently this is not a new phenomenon; a close reading of the Southern Calfornia Roller Association newsletter suggests that members of this Club have been openly killing raptors for years.

You have to wonder what was going through the heads of these Roller Pigeon folks. If they really found predation of their birds by wild hawks and falcons emotionally painful and economically hurtful, then they could have simply stopped flying pigeons. Or changed the way the flew pigeons. Instead, they made a sport out of shooting, trapping and clubbing hawks and falcons. Apparently they felt no emotional pain from that past time.

And apparently this culture of shooting, trapping and clubbing hawks and falcons is not an abberation by an isolated few. After the recent spate of arrests on the West Coast, a major Roller Pigeon bulletin board shut down for a few days while it went through its archives to remove hawk trap plans and incriminating commentary.

It's too late, of course. The Roller Pigeon community has already by tarred not only by the actions of those who trapped, clubbed and shot hawks and falcons, but also by the inaction of those who said nothing or winked at such widespread carnage.

There is a lesson here for every minority group: State clearly what you are about, and state clearly what you are not about, and do not be shy about framing up a sustainable culture that can survive public scrutiny. Whether you are a hunter, a sunflower seed farmer, a pharmaceutical sales representative or an Eskimo, you should be operating within a set of ethical principles that make sense to the outside world, and which you would not be ashamed to tell your Mother or see on the front page of The New York Times.

As for the U.S. Department of Agriculture, they never did poison all those blackbirds. As soon as their plan was announced, every bird group in America had the same question for Uncle Sam: Are you completely stark-raving crazy??

The USDA got the message, the birds were not poisoned, and sunflowers were still planted out across South Dakota.

Despite the presence of two million fat Red-winged Blackbirds feeding on those sunflower seeds, wild bird seed remains dirt cheap and feeders are full all across America, including a few in my own back yard.

that made my head hurt

There's something synergistic in the observation that fictional serial murderer/cannibal Hannibal Lecter had a fascination with Roller Pigeons and the roller clubs carry his self serving murderous mentality. I wonder how many of them got their first "taste" of the genetically diseased birds from Anthony Hopkins' portrayal of the killer.

The mentality reminds me of the fetishism of the show ring and fad breeders where a genetic disease is found to be cute and thus its expression is encouraged and planned for. Puddin cats and dogs with achondroplasia, recessive coat colors that carry deafness, blindness, neurological and physical retardation, and more, etc.

But as you say, those dirty birds aren't MY pets so I don't find cause to protect them. I do however, have a great admiration of apex avian predators as several species have nested in my suburban backyard. A family of Swainson's hawks (a mating pair and then three offspring), and now what we think is a Sharp Shinned Hawk.

Hell, I'd consider breeding those stupid roller pigeons as food for them if there weren't enough rabbits already. ;c)