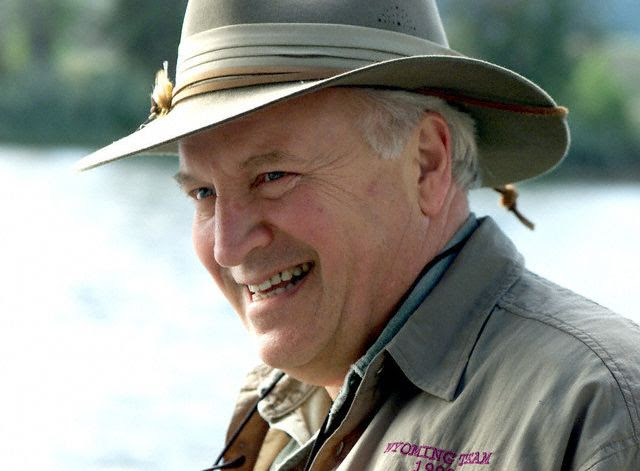 I have always considered "shoots" to be little more than canned hunts. Tame, pen-raised birds are released at first light, often tossed into the air by hired hands, where they may spend as much as 15 minutes "in the wild" before they are blasted out of the air by rich smug men who kid themselves that they are "hunting". No one gets dirty, and the rich do not even gut and pluck their birds -- the hired hands do that.

This is to hunting what "chicken-hawk" draft dodgers are to true warriors that voluntarily put themselves in harms way.

This is skeet-shooting with chickens. This is chicken-sh**.

Angus Phillips, the outdoor writer for The Washington Post writes of these hunts: "[Y]ou have to wonder what kind of hunter takes delight in shooting 70 tame pheasants in a morning. What's the point? I like eggplant parmesan sandwiches; nothing makes me happier than having one for lunch. But you wouldn't try to eat a dozen of them. All states have limits on the number of wild game birds hunters can take in a day. Even in states where pheasants are abundant the limits are fairly strict. In pheasant-rich South Dakota the bag limit is three a day; on farms there where pen-raised birds are added to the wild population, the limit is six, which sounds like plenty of birds to me. But on toney Eastern preserves like Rolling Rock, where all the birds are pen-raised, you can shoot till your arm falls off. Evidently there's still a market for that sort of thing among supposedly responsible adults. Who knew?"

The article below recounts Dick Cheney blasting away 70 pen-raised pheasants in a morning, and presumably the same number of ducks in the afternoon. That's almost continuous firing at domesticated poultry, with your tax dollars idling on the runway.

From the Pittsburgh Post-Gazette, Tuesday, December 09, 2003

One of Washington's big guns came to Westmoreland County yesterday for a day's shooting at the Rolling Rock Club in Ligonier Township.

For the second time in two years, Vice President Dick Cheney arrived at daybreak at Arnold Palmer Airport in Latrobe. Air traffic was halted briefly at about 7 a.m. as Air Force Two landed and Cheney's security detail loaded him and his favorite shotgun into a Humvee and drove up U.S. Route 30 to the exclusive country club.

"All I'm allowed to say is there's a big military plane on the ramp, and it's not the first time I've seen it there," said airport manager Gabe Monzo. Cheney shot more than 70 ringneck pheasants and an unknown number of mallard ducks. The birds were plucked and vacuum-packed in time for Cheney's afternoon flight to Washington, D.C.

John Smith, law enforcement supervisor for the Pennsylvania Game Commission, said he was alerted to Cheney's day-trip. Rolling Rock has a game-raising program worthy of a second-in-command, he said, and unlicensed bird hunting is legal this time of year for guests at private clubs.

Scott Wakefield, a dog handler at the club, said about 500 farm-raised pheasants were released from nets for the morning hunt. The 10-man hunting party that included Cheney shot 417 pheasants. The vice president was set to hunt ducks in the afternoon.

Cheney followed a similar hunting schedule in November 2002, when he last visited the Ligonier Township landmark.

Cheney's Washington staff would not confirm his whereabouts yesterday, saying: "Today is his day off and he can spend it where he likes." Spokesman Kevin Kellems said Cheney is expected back in Washington today for a full day's work.