Fifty Years of Failing to Ban 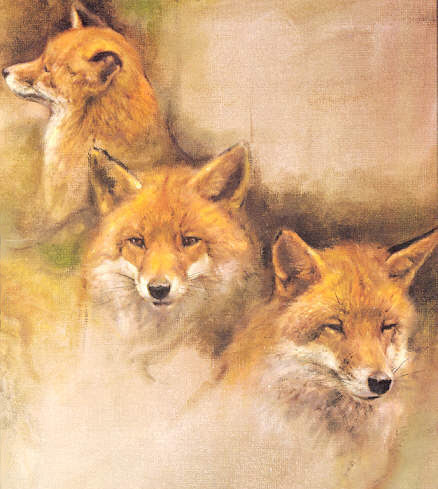 The first attempts to ban fox hunting in the U.K. took place more than 50 years ago. Below here are some of the key dates, supplied by researchers at the BBC:

1949 - Two private member's bills to ban, or restrict, hunting fail to make it onto the statute books. One is withdrawn, the other is defeated on its second reading in the Commons. The Labour government appoints a committee of inquiry to investigate all forms of hunting. The committee concludes: "Fox hunting makes a very important contribution to the control of foxes, and involves less cruelty than most other methods of controlling them. It should therefore be allowed to continue."

1970 - The House of Commons votes for legislation to ban hare coursing. However, the bill runs out of time when the general election is called.

1992 - A private member's bill to make hunting with dogs illegal is rejected by the Commons. The Wild Mammals (Protection) Bill, proposed by Labour MP Kevin McNamara, is defeated on its second reading.

1993 - Labour MP and animal rights campaigner Tony Banks fails in his attempt to get Parliament to pass his Fox Hunting (Abolition) Bill.

1995 - Labour MP John McFall is unsuccessful with his private member's bill to ban hunting with hounds. The Wild Mammals (Protection) Bill passes its second reading in the Commons. But it is heavily amended before it falls in the Lords.

May 1997 - The Labour Party wins the general election. In its manifesto it promises: "We will ensure greater protection for wildlife. We have advocated new measures to promote animal welfare, including a free vote in Parliament on whether hunting with hounds should be banned."

5 November 1997 - Labour MP Michael Foster publishes a private member's bill to ban hunting with dogs. The government delivers a blow to the chances of the bill becoming law by refusing to grant the legislation any of its Parliamentary time.

1 March 1998 - After the Foster bill passes its second reading in the Commons, the pro-hunting Countryside Alliance organises a massive protest rally in London. An estimated 250,000 people join the countryside march to protest against the bill and threats to other aspects of rural life.

13 March 1998 - Hunt supporters celebrate as the Foster bill runs out of time during its report stage in the Commons. The bill is talked out by hunt-supporting MPs who table hundreds of amendments to block the legislation's progress. Mr Foster pledges to fight on.

3 July 1998 - Mr Foster withdraws his bill citing the "cynical tactics" of his opponents. He insists that to carry on would deprive other valuable legislation, such as a law on puppy farms, of valuable Parliamentary time. He predicts that fox hunting will still be banned during this Parliament. But he says it is now up to the government to see the job through.

8 July 1999 - Prime Minister Tony Blair makes a surprise announcement that he plans to make fox hunting illegal and before the next general election if possible.

12 July 1999 - Labour denies that Mr Blair's pledge is connected to an extra £100,000 donation it had received from an anti-hunt pressure group. The Political Animal Lobby (PAL), had previously given £1m to the party before the 1997 election. PAL had also made donations to the Tories and the Liberal Democrats.

21 July 1999 - Labour MSP Mike Watson announces plans to put forward a private member's bill in the Scottish Parliament to ban hunting with dogs in Scotland. He predicts the bill could come into force by Spring 2000.

15 September 1999 - Hunt supporters set up a national body, the Independent Supervisory for Hunting, to ensure hunting is carried out in a "proper and humane manner".

1 October 1999 - Tony Blair insists he can deliver his promise to ban fox hunting before the next election, despite claims that it will have to wait until the House of Lords is reformed.

11 November 1999 - The government announces it will support a backbenchers' bill on fox hunting.

14 November 1999 - Home Secretary Jack Straw announces an inquiry into the effect of a fox hunting ban on the rural economy, to be led by Lord Burns.

April 2000 - Mr Straw looks at producing a bill where MPs choose between the three options of an outright ban, no change and stricter regulation of hunting.

30 May 2000 - Labour backbenchers urge the government to put its weight behind a hunting ban or risk losing voters, and Labour MP Gordon Prentice proposes an amendment to the Countryside and Rights of Way Bill to ban the sport.

June 2000 - The Burns inquiry says between 6,000 and 8,000 jobs would be lost if hunting was banned, half the number suggested by some pro-hunt groups. It finds no conclusive evidence that foxes suffer physical pain when pursued, but accepts they do not die immediately.

February 2001 - Hunting suspended because of the foot-and-mouth disease outbreak.

26 March 2001 - House of Lords votes by 317 to 68 against the ban. The hunting bill runs out of time when the general election is called.

June 2001 - The Queen's Speech promises another free vote for MPs on hunting.

October 2001 - More than 200 MPs back a Commons motion calling on the government to honour its promises and make time for a vote on banning hunting.

28 February 2002 - Ministers ready to set out timetable for a hunting bill.

March 2002 - The House of Commons and the House of Lords are asked to choose between three options: a complete ban, the preservation of the status quo and the compromise of licensed fox hunting. The Commons opted for a complete ban while the Lords chose the "Middle Way" option.

3 December 2002 - Rural Affairs Minister Alun Michael unveils the Hunting Bill, which would allow some fox hunting to continue under a strict system of licensing but would outlaw hare coursing and stag hunting. Mr Michael says he hopes the compromise would avoid further lengthy battles between the pro-hunting Lords and the anti-hunting Commons.

26 June 2003 - Commons Leader Peter Hain tells MPs he has been advised that major amendments to the bill - such as moves towards a complete ban on hunting - could mean it has to be sent to a standing committee and cause delays.

1 July 2003 - Alun Michael says that he would be surprised if there was not a ban on fox hunting, with a few exemptions, by 2005. MPs vote to turn the Hunting Bill into an outright ban on hunting with dogs after five hours of intense Commons debate by 362 votes to 154.

10 July 2003 - Hunting Bill clears the House of Commons after MPs give the measure, which makes no provision for compensation, a third reading by 317 votes to 145.

21 October 2003 - The bill returns to the House of Lords for its committee stage. A cross-party group of peers throws out MPs' plans for a complete ban and replace them with a licensing regime for fox and stag hunting, as well as hare coursing. But anti-hunting MPs vote for the bill to be re-written to become a wholesale ban on hunting with dogs in England and Wales. The House of Lords then rejects that call in a vote and the legislation runs out of parliamentary time.

8 September 2004 - The government announces plans to give MPs a free vote on the Hunting Bill by the end of the parliamentary session in November. The Bill is similar to the one originally proposed and would lead to an outright ban on fox hunting. Rural minister Alun Michaels says the fox hunting issue has already taken too much parliamentary time and the government is prepared to deploy the little-used Parliament Act to over-rule the Lords if peers try to block it. But Commons leader Peter Hain says, if the bill becomes law, an actual ban on fox hunting would not come into force for two years. This would allow people involved in hunting to wind down their businesses, but also avoids pro-hunting demonstrations during 2005's expected general election campaign.

Email ThisBlogThis!Share to TwitterShare to FacebookShare to Pinterest
Labels: ban