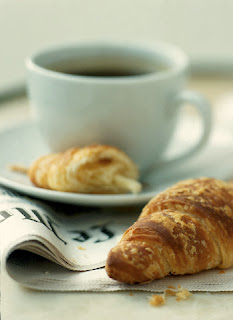 TV Shows Have Screwed Up a Whole Generation of Hunters:
A hat tip to Steve Bodio for pointing to this great little bit by David Petzal at Field and Stream. Entitled "More Sad Tales of Computer-Age Hunters," it describes the collision that occurs when the false expectations of fantasy hunters slam up against the real world of hunting and fishing on open land and open water. Bingo. Excellent and well said.

Like Catching a Shot Put:
The same Dave Petzal, cited above, also wonders about an 11-year old kid shooting a .50 cal eight times at anything. Glad I am not alone in this regard. He writes with some authority: "About the .500 S&W. I can distinctly remember when the .45 ACP was thought of as a veritable cannon, and the .357 magnum was considered so terrifying that only FBI agents were manly enough to shoot it. Yet here is an 11-year-old shooting something with one hand that kicks as hard as a .338. I shot a .500 S&W when it first came out in 2003, and it reminded me of the time when, as a kid, I tried to catch a 12-pound shot put."

Kissing the Sphinx and Other Tricks of Forced Perspective:
Over at Stinky Journalism, they have done a very nice analysis of the new "hogzilla" photo and found it wanting. In fact, their analysis was apparently good enough that The Today Show scraped their invite to Jamison Stone and his father.

Alabama's Inquiring Minds Want to Know:
It seems that Alabama fish and game officials have a few questions about that monster pig as well. They want to know how this huge hog miraculously got into a 150-acre fenced pay-to-shoot hunting place (of all the places for a giant pig to show up on its own), and whether anyone broke Alabama state law prohibiting the transportation and release of live feral swine. They also want to know if the hunt complied with the state's "fair chase" law which requires that animals on hunting plantations have a reasonable chance of escape. I'm sure some interesting stuff is going to reveal itself. So far we've learned this pig was in a 150-acre pen. Hmmm. Stay tuned.

The Number of the Beast:
Jim Stevens Chief Financial Officer of the AKC, has told the board of that august organization that AKC events (i.e. dogs shows) "lost approximately ten million dollars in 2005." In order to recoup the money lost by holding dog shows the AKC has decided it will continue to register puppies from places like the Hunte Corporation and other commercial breeders (sometimes referred to as "puppy mills"), just as they have done for decades. Since it costs $15 to register a puppy with the AKC, the AKC will have to register 666,666 "misery puppies" a year from these commerical breeders in order to recoup the money lost by the rosette chasers. You can do the math yourself -- I did not make up this equation which gives you the Mark of the Devil and the Number of the Beast.

PayPal Comes Through:
A few weeks back, I got a little over $400 stolen from a PayPal account that was hacked into by someone overseas (the money was converted to U.K. pounds). The folks at PayPal investigated and refunded the whole amount to me in pretty short order and with a great deal of professionalism and assurance that all would be made right. They were true to their word.

Head of FDA Sentenced to Death:
The head of the FDA has been sentenced to death. Unfortunately, it's the head of the FDA in China. He is being sentenced to death for accepting $850,000 in bribes and looking the other way on questionable drug approvals. I certainly hope Members of Congress bring up this story repeatedly the next time the head of the US FDA is called up to testify about toxic dog food, payola to FDA officials from drug companies, and uninspected meat packing houses. As a friend of mine once observed, "the safety coming of a gun has a way of focusing the mind."

Melamine Toxin Added to Animal Feed in America:
It turns out that American companies have been putting Melamine into animal feeds over here all on their own. You see, the Chinese aren't smarter than we are, and people are the same all over! Now, doesn't that make you feel better?