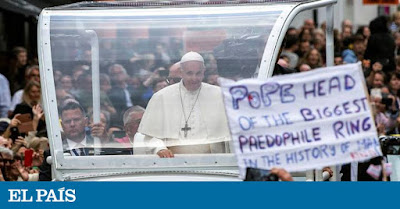 Pope Francis, the dress-wearing leader of the largest and oldest international pedophilia ring in the world, has suggested that couples who prefer pets to children are selfish.

During a general audience at the Vatican, he said “Today … we see a form of selfishness. We see that some people do not want to have a child. Sometimes they have one, and that’s it, but they have dogs and cats that take the place of children. This may make people laugh but it is a reality.”