Who Speaks for the Dogs? 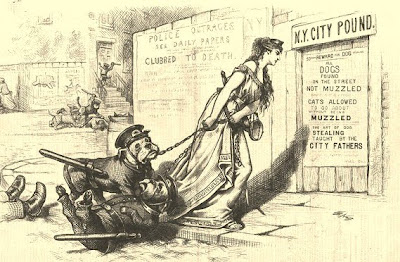 Who speaks for the dogs? A lot fewer organizations than you might imagine!

In the world of dogs, mixed motives, hidden agendas, and naked economic self-interest are the watch word.

A lot of people, for example are shocked to discover that the American Kennel Club has a 50-year track record of profiting from puppy mills, embracing breed standards that create dogs that are defective by design, and embracing crackpot 19th century eugenics theories.

What? The AKC? I thought this was an organization for dogs?

Nope. This in an organization built around rosettes and salaries. The way to keep the business going, so far as they can see, is to double down on puppy mill registrations while maintaining a closed registry system which too often results in rising coefficients of inbreeding.

The welfare of dogs? It never enters the picture.

Mandatory health tests? They're not only not required, they're prohibited!

Puppy mills? They are a major source of AKC registrations, and always have been.

All of this comes as new information to some people.

The good news is that other bad players in the world of dogs are a little easier to spot coming down the road.

Right. I do not think you need a weatherman to see which way the wind blows here, eh?

But not everyone claiming to represent dogs is quite so obvious.

This organization bills itself as an "animal welfare" organization, but in fact the National Animal Interest Alliance does not represent animals; it represents the economic interests of people who profit from animals.

I have no problem with the NAIA representing commercial interests. Every industry deserves representation.

That said, let's not act as if the NAIA is about animal welfare, eh?

The NAIA is no more about animal welfare than the Save Our Species Alliance is about saving endangered species, or Working Families for Wal-Mart is about working families.

The NAIA is about what's good for business. They salute the AKC's business plan of puppy mill registrations, pet-shop sales, and ribbon-chasing within a closed-registry system.

Just take a look at who sits on their board, and you will know where they stand on the issues. Here's a hint: it's always next to the money.

The National Animal Interest Alliance is headed by Patti Strand, a Dalmatian breeder and AKC judge who has been on the AKC's board of directors since 1995.

Dalmatians? The person in charge at the National Animal Interest Alliance is a Dalmatian breeder?

How can anyone concerned about animal welfare breed and show Dalmatians? After all, this is a breed hammered by congenital deafness and painful uric acid stones.

Then there is Julian Prager, who is listed on the NAIA web site as the organization's "legal analyst and legislative coordinator." Prager is an English Bulldog breeder.

The English Bulldog is a breed so defective by design that it has been a laughing stock for more than 100 years. Its legs are so deformed it can only waddle. Its jaw are so undershot it cannot grab a Frisbee. Its face is so bracycephalic it often has trouble breathing.

This is the breed that is owned and bred by the legislative coordinator and legal analyst for the National Animal Interest Alliance? Wooo-eeeee!

Sadly, this is the kind of world we live in these days.

Why should the "National Animal Interest Alliance" be any different?
. 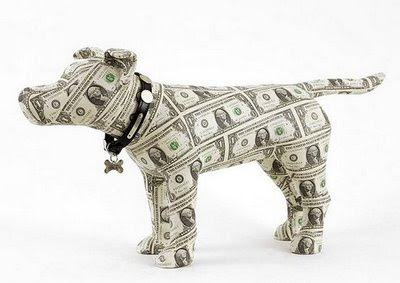 Of course, if we are going to talk about disingenuous representation in the world of dogs, we cannot forget PeTA and the Humane Society of the U.S.

These two organizations are not identical, but they have a commonality in that their business plan is based on convincing folks they are something they are not -- animal welfare organizations.

To put a point on it, neither of these organizations help dogs by funding local shelters, taking in strays, or rehoming abused animals. PeTA, in fact, runs one of the most notorious kill shelters in the U.S.

The real business of PeTA and HSUS is direct mail.

Their real interest is not animal welfare, but direct mail return rates.

Regular readers of this blog know I have not been shy about my criticism of these groups. New arrivals might want to use the search engine on this blog, or read a few of the "related links" at the end of this post.

What about local animal shelters? These are a mixed bag. Almost all started out to do good, but most ended up doing harm.

The good news is that things have starting to turn around on this front.

No-kill shelters are the wave of the future, and it's a wave that is clearly building speed and height.

Though there are still a lot of grizzly on-the-ground stories, the direction and velocity of change is quite good thanks to Maddie's Fund and folks like Nathan Winograd. 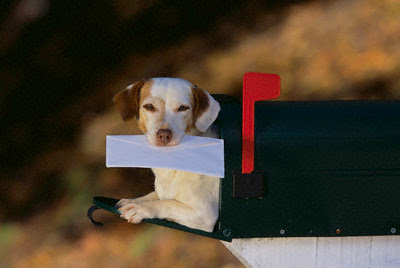 And what about PetPAC, the start-up organization that appeared on the scene in 2007, just as a new California mandatory spay-neuter law was being introduced?

Well, it turns out that William Hemby, the founder, Chairman, and chief lobbyist for "PetPAC," has been named in a lawsuit filed by California's Attorney General. as part of a nationwide crackdown on fraudulent charities. The eighteen-page complaint can be read here.

This lawsuit does not deal with PetPAC, it should be noted, but instead deals with another organization called the Law Enforcement Apprenticeship Program (LEAP).

Hemby is named as a defendant director of LEAP, along with its for-profit fundraiser, Rambret Inc., for falsely promising contributors that their donations would be used to operate an apprenticeship program for at-risk youth.

In fact no such program was initiated, and no students were ever enrolled. Instead, the donations were used to pay for fundraising expenses, the personal expenses of the charity's directors, and for the purchase of a 30-foot sailboat.

Mr. Hemby is also connected, though not named, with another police charity being sued for fraud by California's Attorney General.

It seems that for more than 20 years, Mr. Hemby has been employed as Legislative Director of a San Bernardino-based organization called the "California Organization of Police and Sheriffs" (COPS).

The California Attorney General's Office alleges COPS falsely represented that donations to the organization would be used to benefit law enforcement officers, and that 100 percent of each donation would be received by the charity.

In fact, of the $30 million raised from 2005 to 2007, more than $25 million was spent on fundraising, and no money was spent on bullet-proof vests, no grants were made to families of officers, and less than $7,000 was spent on veterinary treatment for service animals. You can read the thirty-two page complaint here.

COPS operates out of offices in a strip mall shared by two other scam charities created by the same fundraising firm -- the "Disabled Firefighters Fund," and the "American Veterans Relief Foundation." All three "organizations" are named in the California Attorney's General's complaint alleging conspiracy to defraud California donors.

Kelley Moran, PetPAC's Campaign Director was also an employee of the California Organization of Police and Sheriffs (COPS). In fact, he was "Director of Political Affairs" for that organization for more than 10 years -- another link between PetPAC and COPS.

Make of that what you will; one thing is for certain: a lot of dog clubs have given money to PetPAC.

What happened to the rest of the money?

Nothing nefarious is being suggested here, but under the circumstances, some of the donor organizations might want to ask for a thorough accounting.

It should be stressed that Pet PAC is not named in any current investigation, and has not been accused or implicated of wrong-doing by any government agency.

However, even if no financial problems are found with PetPAC, the fraud allegations that face Mr. Hemby and other LEAP defendants have implications for Mr. Hemby's new organization.

The reason for this is that along with damages and civil penalties, the State of California is seeking a permanent injunction prohibiting Mr. Hemby from controlling or directing the operations of any California nonprofit organization.

If the State prevails with that request, Mr. Hemby will be forced to disassociate himself from PetPAC -- if the organization survives at all.

Mr. Hemby's response to the California Attorney General's fraud charge is to say that it is all a smear campaign by Judy Mancuso, co-author of a proposed mandatory spay-neuter law in the California Senate (a law that this blog opposes, by the way)

If so, then Ms. Mancuso is more than a magician; she is also a time-traveler.

You see, there is no other way she could be responsible for Mr. Hemby's 20-year involvement with not one, but two organizations now charged with millions of dollars in fraudulent fundraising.

Bottom line: If you are interested in animal welfare organizations of any kind, be sure to really look into them. Who is the group speaking for? What is their track record? How much money has been raised, and where is it going?

Remember: The happiness of dogs has never been dependent upon the rights claims of dog breeders; it has always depended on an expanded sense of responsibility to do right by the dogs.

The AKC board recently voted unanimously to deny a petition signed by 1300 to allow registration of the Low Uric Acid Dalmatians, many citing personal experience with the problems of High Uric Acid in Dals. The motion to deny the petition was made by Patty Strand, a Dalmatian breeder. My last shred of respect for the AKC went out the window with that.

Patty authored a book called the Hijacking of the Animal Rights Movement, which was well received. But her legacy I think will not be positive.