Are You Killing Your Dog With Salt? 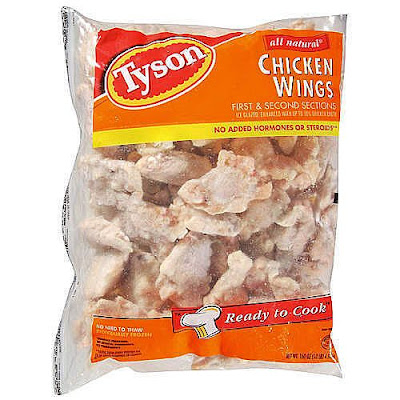 Too much salt is bad for dogs, even though a little salt is a necessity of life and an essential ingredient in a good and balanced canine diet.

So here's a question: If you are feeding your dogs a pure RAW diet with chickens, are you actually poisoning your dog with too much salt?

Eh? How could that be?

Simple: Most chicken processors now "plump" their birds so that 15 percent of the bird, by weight, is salt water.

So is that salt going to be toxic? I could find no quick-and-ready answer to this question, so I did a bit of research.

It turns out a dog should consume between 100 and 200 mg of salt from all sources per kilo, per day. A single human-sized 4 oz. serving of plumped chicken contains between 200 mg and 500 mg of sodium per serving.

What's that mean? It means that too much plumped chicken may mean too much salt for your dog.

The good news is that if you are mixing chicken with other ingredients, and you are not feeding your dog too much, you are probably going to be all right.

For example, my small terriers would do fine with as much as two chicken wings a day, along with a couple of raw potatoes, or a little cooked rice to fill out their calorie and food-volume needs.

Simple: because the folks who make dog food for a living actually think about this kind of stuff, and ask the right questions, and do the real research.

Most RAW food proponents do not.

"Raw chicken is plumped with salt? What? My God, I feed my dogs chicken every day!"

Look at a package of Tyson Chicken Wing Sections, for example.

In smaller type, you'll find the world "contains up to 12% broth."

When I sat down to do the math to see how much salted chicken was too much, I found little correct information about salt, and absolutely nothing about plumped chicken in any of the the RAW dog foods books, web sites, boards, and blogs I consulted.

In fact, many RAW webs sites treated salt as if were not needed in a canine diet at all. Others did little more than babble complete nonsense in their efforts to demonize commercial dog foods that have stood the test of time for more than 80 years.

Here's the short story: Salt is an esssential nutrient in your dog's diet.

In fact, salt is such an important nutrient in the diet of all animals that it is was once portioned out as part of a Roman Soldier's rations and wages.

Every hunter knows that if you want to attract deer, elk, moose, buffalo, elephants, or bears just put out a salt lick.

That said, too much salt is extremely toxic. Just three tablespoons of table salt is enough to kill a child under 40 pounds.

Now ask yourself this: Did you know any of this?

Is any part of this mentioned in all the nonsense written about canine diets?

Now you know why I feed my dogs kibbled dog food cranked out by long-established companies that have real scientists and real nutritionists on staff.

These folks at least know what questions to ask and where to get the answers. The RAW dog food people? Not so much.

"and absolutely nothing about plumped chicken in any of the the RAW dog foods books, web sites, boards, and blogs I consulted."

Hrmmm..... the one board I'm on talks all the time about *not* feeding "enhanced" chicken (or pork). They tend to use the word enhanced, since the labeling can differ by region/country. Here, it's called "seasoned".

Personally, I still trust "real" food over dog food manufacturers, but to each his own. It's not necessarily the quality of the food, but how it is made, and out of what ingredients.

I recognize the bag in the photo as one of those frozen bags in the grocery store. Those do not fall within my budget so I don't buy them. Have never noticed any similar claims of broth/salt on the packages of fresh chicken I buy.

Most of the fresh chicken is also plumped with salt water. See >> http://blog.thehill.com/2007/05/28/chicken-or-salt-water-the-usda-should-let-us-know-rep-chip-pickering/

"All Natural" chicken is also injected and vacuum plumped with brine.

"The folks who make dog food for a living actually think about this kind of stuff, and ask the right questions, and do the real research.

Most RAW food proponents do not."

Patrick, I don't even buy that crap chicken for my OWN consumption. I belong to a couple of e-mail lists and buying co-ops, and the "plumping" of poultry/added salt is a pretty constant source of discussion.

It's also one (more) reason why I go out of my way to avoid industrial agriculture and factory farms with my food dollars.

I can't back up my statements any more than you can, but in my experience people who home-prepare diets for their pets over time (as opposed to someone who "tries it awhile" and then stops" actually spend a lot of time researching to get it right.

I think you and I can agree that salt is a pretty basic thing. Too much and you die, and too little and you fade.

Let's you and I both Google together and find all the posts we can on:


What did you find?

I found this >> http://www.rawlearning.com/rawfaq.html which mentions salt once (and what it says is a complete lie).

and this >> http://groups.yahoo.com/phrase/human-grade-dog-food where salt is treated as if it is a poison

and this >> http://www.dogforums.com/5-dog-food-forum/15085-feeding-raw-where-start.html where plumped chicken is mentioned, but the data on sodium is wrong and what it means in terms of salt is not given.

and not too much else, to be honest.

I give some other links in the post. The printed RAW diet material I have has zero on salt.

By the way, if folks want to suggest RAW boards or list-servs worth looking at, go right ahead!

Based on that search you're right. But as I've said, I've seen this discussed pretty often on lists. And don't forget, if you're dedicated enough to prepare your pets' food from scratch, you've probable bought a book or two as well, such as "Home-Prepared Dog & Cat Diets: the Healthful Alternative" by retired UCD vet med prof Dr. Donald Strobeck.

As you may remember from earlier posts on this subject, I'm not against commercial diets. I just personally want control over the sourcing of ingredients, for a variety of philosophical and political reasons.

An aside: your salary comes from the latin word salarium, pertaining to salt (sal) the portion paid to the roman soldiers for salt.

We're lucky enough to get chicken from a local farm, but we don't feed raw. I was under the impression that, if we chose to, we could use either the pre-made frozen stuff, or if we had the desire to learn about home-cooking dog food, use meat straight from a butcher shop. If you ask them to prepare something a certain way, they will most likely do it. I've recently heard though, that the pre-made frozen diets are missing some nutrients, but I don't remember where I read it.

And if not feeding entirely raw, a little supplement, like your frozen chicken wings and necks or beef bone ends, doesn't hurt...unless you're my dog, and the vet has to pull reasons out of her ass in front of me to somehow justify why letting Mal chew on raw bones is inherently dangerous. Resource guarding as the best excuse you can come up with? PLEASE. /end rant

rawfeeding@yahoogroups.com is a useful source of information, experience and support. I'm from the UK and it's quite difficult to find enhanced raw poultry.

PS love your blog and your dogs.

They even have a campaign against plumping:
http://www.saynotoplumping.com/

Sorry, I don't do math on individual dogs. If I did I would never have a life. See link and consult your smartest friend :)

I'm curious what bagged food you feed your dog.

Interesting article. I find many people are adding human food such as canned tuna (180 mg sodium), cheese sticks, or hot dog (600 mg sodium) to dogs kibble in an effort to get them to eat. Not to mention the extra treats for pleasure or training. Seems many do not take an over consumption of salt, sugar or x into consideration for their pet's diet.