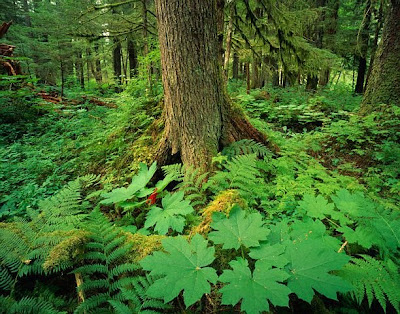 This is God's plan for Alaska.


What a wonderful thing to happen on Teddy Roosevelt's 150th birthday!

You see, it was Teddy Roosevelt who first moved to protect the Tongass National Forest almost 100 years ago.

In recent years, however, Senator Ted Stevens and Congressman Don Young have pocketed a lot of payola from timber companies that sought to cut down 400-year old trees for the cost of a McDonald's happy meal.

Once those trees are gone, they are gone forever.

Unbelievably, under the Tongass and Chugach National Forest timber deals, America was selling public timber to private contractors at a loss.

In fact, U.S. taxpayers have been subsidising a couple of hundred jobs a year at a cost of over $200,000 per job.

Clearly this thing made no sense.

But public resource extraction doesn't have to make sense if people are being paid off.

And when it comes to timber and oil and gas deals in Alaska, everyone is being paid off. Everyone.

Now things are finally beginning to unravel (and more is to come).

First Congressman Don Young was caught on the take.

Today Senator Ted Stevens has been found guilty on felony charges of taking and concealing tens of thousands of dollars in free home renovations and other gifts.

The jury convicted Stevens on all seven counts brought by federal prosecutors. Ted Stevens' career is over, and jail time may yet await.

Happy Birthday Teddy Roosevelt! You always hated scoundrels and looters, and Ted Stevens was both. I know you are up above, absolutely beaming! 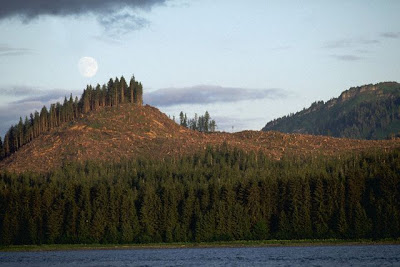 This is the modern GOP's vision for Alaska.

Whoo-hoo! I have actually been to Tongass National Forest. For someone who grew up in the Northeast Decidious Biome/Applachia, the place is just familiar enough for comfort and just "different" enough to be so very interesting. If I had the health and the funds, I would go back in an instant.

I do not see how anyone who has actually walked Tongass could be a party to its destruction, but I'm glad the hand of Karma has come down on Stevens.

It's TR's birthday today? Yowzer! We are going to open one of the good bottles for dinner tonight and toast one of America's best.

The scary thing is: HE'S NOT DROPPING OUT OF THE RACE! WTF??