The Kennel Club: When Truth is Inconvenient, Lie

"Ms. Caroline Kisko of The Kennel Club is a liar, and she's not even a very clever or smart liar -- merely a blatant and bold one.

But don't take my world for it.

You can read The Kennel Club's own web site and find the results of their own breeder's survey ...."

What do you do when truth is inconvenient, and keeping membership and income up requires telling a bold lie?

Well, if you are The Kennel Club you lie, of course. And, As Joesph Goebbels's so infamously said, "If you tell a lie big enough and keep repeating it, people will eventually come to believe it."

Which seems to be the The Kennel Club's plan in the wake of the BBC's airing of Pedigree Dogs Exposed.

Instead of looking inward, The Kennel Club's entrenched bureaucracy has decided to try to "manage the controversy" through disinformation.

In short, they are lying and they hope people like you will remain ignorant and believe it.

Taking a page from Public Relations 101, The Kennel Club first tried to "get out ahead" by putting out a press release, claiming the producers of Pedigree Dogs Exposed were prejudiced.

My God, do these people have no insight at all? Perhaps a dictionary, at the very least?

You see, the Kennel Club had not even seen the BBC documentary and they were already denouncing it -- the very definition of prejudice.

Besides, when has the Kennel Club ever opposed prejudice?

Prejudice is The Kennel Club's raison d'etre. It is why they were created, and it is the fundamental underpinning of the Club.

Who cares if the dog is healthy or can do the job? A dog is to be judged solely on paper and solely on looks.

Having attacked the messenger in the most laughable way possible (especially laughable in light of the fact that the BBC is the chief television sponsor of Cruft's), The Kennel Club then rushed out to hire an expensive public relations company to put together a web site.

Now, here's the delicious part: The public relations firm that The Kennel Club hired apparently knows nothing about dogs, and as a consequence they unintentionally illustrated the web site with dogs that are genetic wrecks due to Kennel Club inbreeding.

For example, we have a Dalmatian on the "splash page" of the web site, and never mind the astounding levels of deafness with Dalmatians.

We have a blue-eyed sled dog on another page (a Husky, I think), and never mind the deafness gene associated with blue-eyed dogs.

And, of course, we have a pair of Great Danes -- a dog so beset with cancer, bloat and other issues, that most of the dogs in this breed are dead by age 8.

So what did The Kennel Club do next to "manage the crisis"?

Well, believe it or not, they trotted out Caroline Kisko, the Club's Secretary, to be the "liar for hire" at the level of press, television, radio and internet.

Why Ms. Kisko? I have no idea, other than Ronnie Irving seems to have shot his credibility into the crapper by saying he does not give a damn about science.

Ms. Kisko is quoted on The Kennel Club's apology site as saying that "90 percent of dogs will not suffer from health problems that have a detrimental impact on their quality of life."

Right. And the moon is made of Swiss cheese.

In fact, Ms. Caroline Kisko of The Kennel Club is a liar, and she's not even a very clever or smart liar -- merely a blatant and bold one.

But don't take my word for it.

You can read The Kennel Club's own web site and find the results of their own breeder's survey (PDF).

More than 37% of dogs had "at least one" health condition???

When you consider that the average age of the dogs in question (healthy and unhealthy dogs combined) was just 5 years old, what you are looking at here is an extraordinary level of disease, deformity, and misery in Kennel Club dogs.

But apparently, Ms Caroline Kisko does not care about that truth.

No, she is paid to do a job, and never mind the dogs. She has been given her marching orders.

I am not, of course, the first person to point out that Ms. Kisko's bold assertions about the health of Kennel Club dogs do not jibe with their own data.

So how does Ms. Kisko reconcile her lies against The Kennel Club's own published survey data?

Simple: she simply says a lot of genetic defects do not matter.

And you will be astounded and amazed at what does not matter according to Ms. Kisko!

For example Ms. Kisko says congenital cataracts do not "materially affect" a dog’s life and so they can be wiped off the defect list.

Congenital cataracts do not affect a dog's life?

Really? What dog is she talking about?

Now here's an idea: How about we rub a little nitric acid into Ms. Kisko's eyes in order to cloud the lenses (all with her permission, of course), and see how she thinks about it then?

Of course, Ms. Kisko is not finished, is she?

No, she cannot be finished, you see, because backing out the data on hereditary cataracts alone does not move the numbers down far enough.

More hereditary problems need to be pushed off to the side -- problems like hip dysplasia and epilepsy, for example.

So what does Ms. Kisko do? How does she achieve this?

Simple. Ms. Kisco unilaterally decides that 85 percent of the dogs reported in the breeder's survey that are suffering from hip dysplasia and epilepsy are, in fact, FINE because she supposes that these conditions might not result in premature death or cripple a dog too badly.

According to Ms Kisko, as long as the dog is alive, everything is fine.

Right. I would offer Ms. Kisko the opportunity for her to meet one of my old Italian friends who might do a small procedure on her that will partially destroy one of her knee or hip joints. All voluntary, of course. No threat. Pure science. A little "proving of the theory" if you will.

Now I know rimidyl is illegal for use in humans, but I am quite sure Ms. Kisko will agree to an off-label exception in this case just to prove the point that knee and hip joint destruction is really "no big deal."

Come on Caroline; lets do it for science!

Of course, if Ms. Kisko begs off, I will understand.

Ronnie Irving talked a good game about there being no problem with father-to-daughter matings until he was asked if he would have sex with his own daughter and produce a baby from the union!

Talk about a man terrified of a question!

. . . . or like a Kennel Club spokesperson from a whirling Black and Decker drill placed right at her knee. 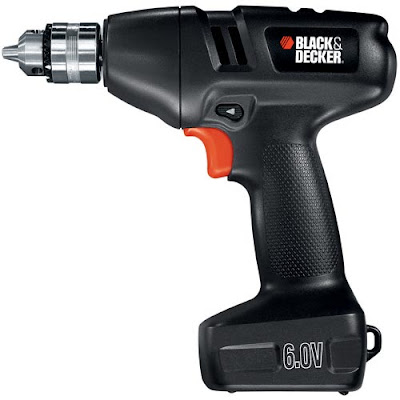 Who do they think they're fooling and why are they even trying?

What about the old 'for the love of dogs' thing - don't they want to solve these serious problems?

What's that saying, if you find youself in a hole, stop digging?

Well, except in your case of course :>)

if the dog only dies a little bit, it's perfectly fine.

Black and Decker? You getting product placement fees now? I'd at least go for a reliable DeWalt of no less than 12v.

these kennel klub people will drive themselves into extinction. eventually people will realize those certified dogs are too much trouble and give up on dogs entirely or at least go for "mutts". I'm sure PETA and HSUS are racing to make sure the shelters are 100% kill by the time that happens.

If this were an American institution, they would have had much better PR to handle this report. I'm just glad they don't, and we might really have a good conversation about reforming canine institutions to reflect the welfare of the animals.

If the AKC were in the crosshairs, they get the best PR consultants in New York or Washington to handle this one. I'm shocked that the KC didn't figure this one out.

Oh well, that means we're finally having this conversation, and perhaps change will come.

The first thing we need is open studbooks.