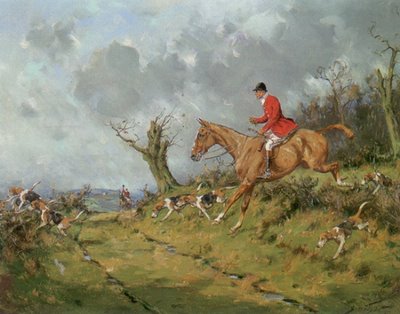 The "animal rights" lunatics in the U.K. are in a paroxysm. Here's the problem: Two years after the "ban" on fox hunting took effect, folks are still legally hunting them with gun and snare (to say nothing of the more than 100,000 fox that are run over by cars every year).

In fact, fox hunting is more popular than ever: two new mounted hunts have been created, one third of the hunts are claiming an increase in membership, and another third say they have been granted increased access to land. As for terrier work, it is legal and continues unabated.

The "ban" on fox hunting has had no impact at all on fox numbers generally -- they continue to be at record numbers, just as they were before the ban went into effect. The difference now is that every missing cat, duck, chicken or pet rabbit in the country is now blamed on animal rights loons who managed to divide the country for the sake of an ineffective -- and apparently unpopular and unnecessary -- law.

When the history of the Conservative Party is written, I hope someone will remember to thank the animal rights fringe for supplying an organizing vehicle.

This week, Boxing Day saw the largest hunt field ever, with more than 320,000 people participating in the hunts.

The latest poll shows that more than half of all Britons expect the ban on fox hunting to fall.

To tell the truth, the ban on fox hunting seems to be going a bit like the war in Iraq: Whatever it is was that was being fought for has not been won, and now it seems pretty clear there is no good way to "win" whatever it was.

So what have the anti's decided to do? Go home? Recognize that you cannot force things down people's throats if they really do not want it? Oh no! The new program is to try to use a vague "anti-social behaviour law" (or "asbo") written in 1999 to try to curb graffiti, abusive language, excessive noise, litter, drunkenness and drug dealing in the cities. The game is to see if (somehow) it can be used to curb organized fox hunting in the country.

Andrew Keogh, a Manchester lawyer who edits "Asbo Law Reports," says, "The easiest [complaint] to go for would be dogs barking or being unruly. But I view the chances of success as very slim indeed."

"Very slim indeed" is now the last best hope of the anti's. My bet is that they will demonstrate, even more forcefully, how silly, unnecessary and ineffective the law is. In a democracy, nothing makes a cause more popular than fascist opposition to it.

Meanwhile, more than 100,000 fox a year are being run over by cars, proving that Rudyard Kipling was right when he called road-kill "the real blood-sport of Britain." The mounted hunts, in their hay-day, did one-fifth the damage to fox, with less suffering, and a great deal more economic benefit to the countryside.. 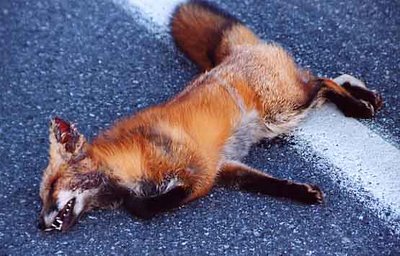 You will never see anyone in the Animal Rights movement leading a campaign in opposition to road construction or road widening. These folks are entirely absent from efforts to protect farm land, preserve wildlife habitat, or slow human population growth.

Conversely, as noted wildlife biologist David MacDonald has noted, no human action has been as beneficial to the red fox as the mounted hunts which have fought long and hard to protect fox habitat.

Ran into your blog while studying for a final. Random. Anyway, most of the time I find that political based environmentalists have much different agendas than science based environmentalists (which I humbly call myself). I'm not a hunter, but using rational thought tells anyone that if most of the increases in population size of game species comes from conservation work done and/or funded by hunters, and the hunting is being done sustainably, then any argument against it is purely political.