The two pictures below, are of Gerald Ford, who died this week, and Richard Nixon, whom he replaced.

Terriers have often occupied the White House, from George W. Bush to FDR.

The Rat Terrier was named by Teddy Roosevelt who used to hunt rats in the White House basement with a small feist he picked up on his travels out west. For a litany of presidential dogs, see >> HERE 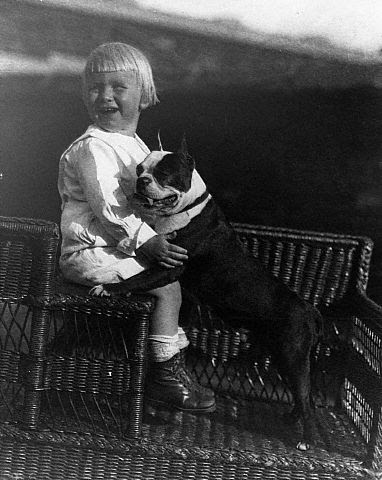 A very young Gerald Ford with a Boston Terrier, about 1916. In the White House, he owned a Golden Retriever named "Liberty". 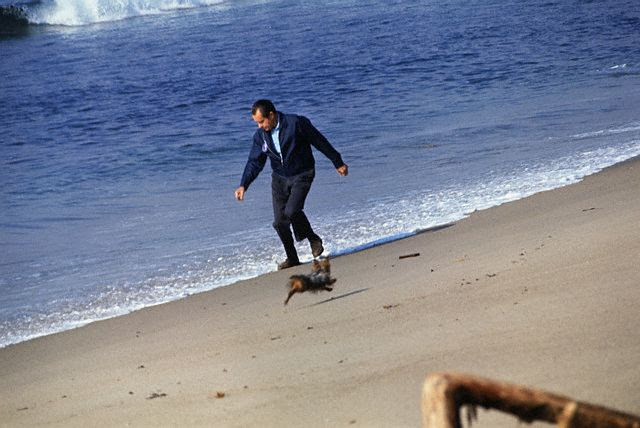 Nixon on the beach with a Yorkshire Terrier jabbering at his side. This picture is all Nixon: a man wearing a suit at the beach, uncomfortable, the picture askew. Nixon's other two dogs were a French Poodle and "King Timahoe," a brain-befogged Irish setter.