Never Mess With Writers or Painters 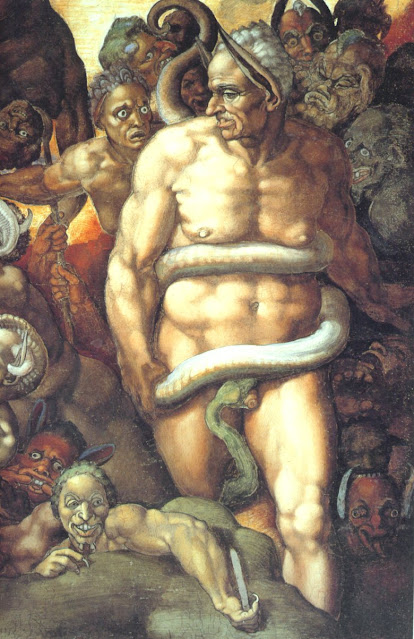 During a preview of the Sistine Chapel, which was still being painted by Michaelangelo, one of the Pope's men, Biagio Martinelli, criticized the "disgraceful" nudity painted on the walls and ceiling.
So what did Michaelangelo do?
Why, he painted the critic's likeness into a scene!
Biagio Martinelli appears in Hell as Minos, judge of the underworld, with donkey ears and wearing nothing but a snake that's biting his penis.
Wikipedia reports that when Biagio complained to Pope Paul III, the pontiff joked that his jurisdiction did not extend to hell, and the portrait would have to remain.
Moral of this story:  don’t fuck with people who write and paint. 😇