A Bird That Migrates From Polar Bears to Lions 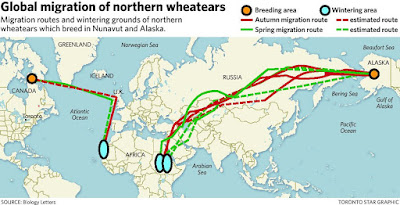 The Northern Wheatear has two nesting populations, one in eastern Canada that flies east across the Atlantic to Greenland, and then from there to the UK, and down to Mali, and another population that flied west from Alaska to Russia, through Asia, and down the Middle East to Chad, and as far south as Kenya. 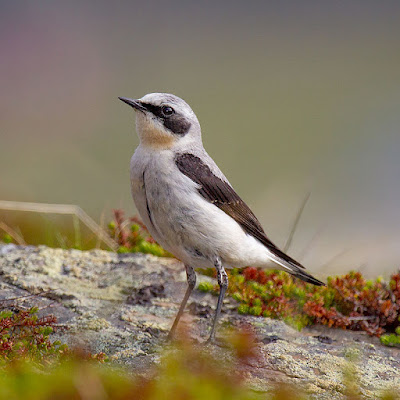 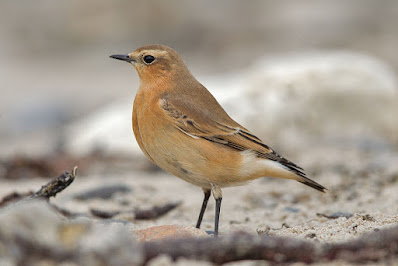 Are the two populations different colors, or is that a male and a female?

Male and Female. Birds are otherwise the same.