Curly Saved a Lot of Dogs 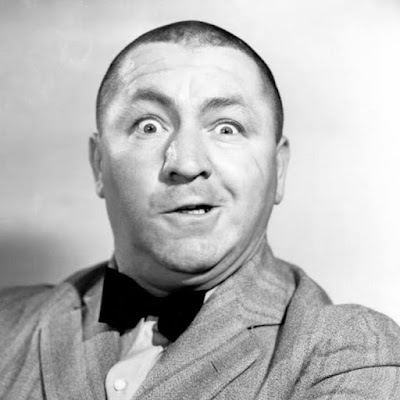 Jerome Lester Horwitz, aka Curly Howard from the "The Three Stooges" was an enormous dog lover whose contract with Columbia Pictures included a clause that allowed him to bring his dogs on set.

The studio limited him to no more than two dogs at any given time as Curly's pups were noted for making random unplanned walk-on appearances during production, especially during the more raucous scenes.

Curly Howard used to bring stray dogs home and sheltered them until he found a home for them. When the Stooges was on tour, he found at least one stray dog a new home in every town he visited.
It's estimated that Curly saved and rescued more than 5,000 dogs during his lifetime. 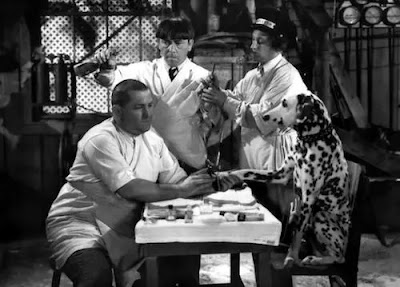 I was once described as looking a like "a smaller version of Curly from the Three Stooges," and I am sure it was supposed to be an insult, but I assure you it was not. Curly was a terrific human being who made the Stooges one of the greatest movie and television acts in American history. How many actors have songs written about them?