All at Sea at the AKC 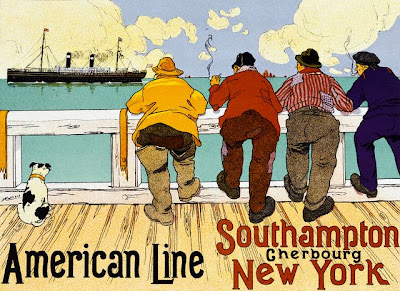 AKC registrations have declined 55% in 15 years.

And that’s the problem
Following the showing of Pedigree Dogs Exposed on the BBC, the Kennel Club has had to face one basic question: Can it survive into the 21st Century by hanging on to 19th century theories and show ring exaggerations that are antithetical to canine health?

“Don’t rock the boat too much,” some have advised. “Look what happened in America when they tried to change things -- AKC registrations dropped like a rock.”

But why the decline? It’s not because the AKC did not change, but because it didn’t!

Here’s the story: In 1987, a reporter for Parade, the largest circulation magazine in the country, did an expose on the fact that a lot of the dogs registered by the American Kennel Club were deformed, diseased, and defective. The reporter pointedly asked AKC President William F. Stifel whether the Club would register a blind, deaf, three-legged purebred pup with hip dysplasia and green fur. The answer: "We would register the dog. AKC, unfortunately, does not mean quality."

The American public heard that message loud and clear, and they soon began voting with their wallets. The movement away from AKC dogs had begun.

The decline started slowly, but was kicked forward in December of 1994, when Time magazine did a cover story entitled “A Terrible Beauty.” The subtitle summed up the contents: “An obsessive focus on show-ring looks is crippling, sometimes fatally, America's purebred dogs.”

The AKC, of course, tried to fend off its critics. "We’re just a registry” they explained. If there were problems with the dogs, those complaints should be directed to the breed clubs.

But the breed clubs have very little power within the American Kennel Club's structure. They are not able to mandate health checks because the AKC will not allow it, nor can they require performance standards for a championship, nor can they ban pet store sales.

In addition, breed clubs are dominated by established show dog breeders whose personal interest lies more with blue ribbons and commerce than in long-term considerations about breed health. There are some problems in some lines, these breeders will tell you, but never in theirs!

Ironically, the Kennel Club's "just a registry" defense sounded a lot like a business plan to small-time entrepreneurs. Armed with the newest bit of technology – the personal computer— more than 30 different dog registries sprang up offering scraps of paper with no health guarantee at all.

But wasn’t this exactly what the AKC had been selling all these years? The only difference was these new registries were selling their paper for less!

The pageantry of dog shows were not attached to these new registries, of course, but so what? Most people were not buying dogs to show them; they were simply looking for healthy canine companions and pets. Since American Kennel Club dogs were not healthier than non-AKC dogs, what did it matter if a dog was AKC-registered or not?

In fact, maybe it was better if they wasn’t! The dogs from the local pound were certainly cheaper than a Kennel Club dog, and even the veterinarians said they were generally healthier.

Look at all the inbreeding going on in the Kennel Club. And if you wanted a working dog, you had to go to a registry lke “American Field” or a specialty breeder for that.

And so, over the course of just 15 years, the market for American Kennel Club dogs collapsed.

And what has been the AKC’s reponse?

They have been completely flumoxed. Every suggestion has been met by an indignant non-sensical reply.

How about jettisoning breed standards steeped in exageration and deformity? But exaggerations and deformities define so many breeds!

How about requiring heath testing for breeding stock? But the AKC has never had health standards before!

How about mandating lower Coefficients of Inbreeding? Why? What's wrong with inbreeding?

How about opening closed registries in order to broaden gene pools? But then the dogs wouldn't be pure breeds -- they’d be mutts!

And so, left to its own devices, what has the American Kennel Club come up with for a new economic model?

Believe it or not, it’s the registration of more puppy mill dogs bred like chickens in battery cages!

As AKC Chairman Ron Menaker wrote in a September 2008 missive to the delegates:

“Today, we are losing market share at an alarming rate, especially in the retail sector… Make no mistake, the very future of the AKC and our sport is at risk.... We can all remember some of the premier ‘name brands’ and companies of the past, leaders in their field. The ones that we thought would be around forever. These giants, these household names, held the same standing as the AKC. Companies such as: Westinghouse, Pan American Airlines, Standard Oil Company, EF Hutton, Woolworth’s, Montgomery Ward, just to name a few. …. AKC used to dominate the marketplace. Even [department stores] like Macy’s and Gimbels sold AKC puppies. Many pet owners who bought these puppies, and I was one of them, tried their hand at showing and breeding. These owners who purchased their first purebred from a retail outlet, not only added to AKC’s registrations, but those who wanted to advance in the sport, then sought out fanciers to continue their journey. . . . If the current trend continues and dog registrations decline to 250,000 over the next several years, AKC will face an annual revenue shortfall of $40 million.”

And so, the American Kennel Club has decided to bank their hope on the mass-production of puppy mill dogs, while holding tight to the proven failure of 19th Century breeding practices which have wrecked the health and working ability of breed after breed.

But, of course, there’s more to it than that.

You see, while the American Kennel Club has shown no real interest in changing its system of exaggerated standards and closed gene pools, it has made peace with the idea of collecting kickback referal money from veterinarians and pet insurance salesmen

Of course, the American people are not buying it. American Kennel Club registrations continue to slide into the toilet, and things have not been helped by the Internet, which has made it harder to sustain lies about quality and history.

Not only can owners of wrecked Kennel Club dogs now find each other with ease, but they can also post videos and educate others about the troubles they face. Breed specific list-servs and health sites now summarize academic research, health surveys, and data gleaned from pet insurance databases.

And, of course, anyone in America with a computer can now see Pedigree Dogs Exposed, while anyone in Great Britain with an internet connection can see ABC’s recent Nightline program, which told much the same story.

All of this, paradoxically, is good news for the dogs and for the U.K. Kennel Club.

It is good new for the dogs because, finally, it appears that some change may be at hand which will improve the miserable health of pedigree dogs.

And it is good news for The Kennel Club because, if they need any spur to reform, they need only look across the pond to see the high price for failing to change at all.

I am also finding that many folks are starting to understand why the physical deformities associated with many breeds are a disservice to the dogs, which, IMO, is just as important as understanding the many diseases associated with dodgy breeding practices.

Additionally, I think this post hits the nail on the head when it comes to the use of the internet and those voting with their wallets.

On the note of newer registries popping up:

They still only guaratee that your dog is a purebred, and even that's questionable (I'm thinking of that Dalmatian/Pointer cross fiasco, it still looks like a Dal but isn't pure etc). Yeah, they're collecting money from ignorant people all around, but I like the fact that they're not closed registries. I agree that it's laughable to send in a picture, some signatures and all of a sudden your dog is a "registered purebred," but it still introduces new genes and fresh blood into the pool. I'll argue for that over any closed registry and eugenics-type inbreeding any day.

A very simplistic concept I had lately, would be to group breeds into 'type families' and allow structured outcrossing between breeds in those families. In other words, you would no longer be able to split breeds across color/coat, and dogs that share ancestry (Pugs, Pekes, Chins, and Tibetan Spaniels, for example) could all be selectively crossed without a penalty.

If people learned anything from the 'natural bobtail boxer' experiment (and the pointer+Dal cross), it's REALLY NOT THAT HARD to get back 'proper breed type' that breeds true after an outcross, even when the two breeds are as unalike as a boxer and a corgi. If they use dogs that are already similar, it should be even EASIER.