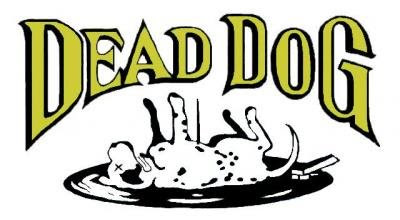 The American Kennel Club's two closest friends, Petland pet stores and the Hunte corporation, have been sued by the Humane Society of the U.S. for "conspiring to sell unhealthy puppy mill puppies to unsuspecting consumers in numerous states."

Hmmmm.... It seems the AKC's little business of registering misery puppies may yet come crashing down around it.

And what will the American Kennel Club say about this?

Remember, Petland is the company the AKC tried to go into the puppy-selling business with, while the head of the Hunte Corporation (Andrew Hunte) has been in the AKC's box at the Westminster dog show.

The AKC depends on puppy mills dogs to subsidize dog shows, and has said that they want to see an increase in puppy mill registrations.

Can they really stand to be silent in the wake of this lawsuit?

And will the Humane Society actually suit up and take on the AKC as being an informed accomplice to this misery and consumer fraud?

PHOENIX (March 17, 2009) — Members of The Humane Society of the United States and other consumers filed a class action lawsuit alleging that Petland, Inc. and the Hunte Corporation are conspiring to sell unhealthy puppy mill puppies to unsuspecting consumers in numerous states. Petland is the nation’s largest chain of pet stores that sells puppy mill dogs and Hunte is one of the country’s largest distributors of factory-produced puppies.

The lawsuit, filed in federal district court in Phoenix late Monday, alleges that Petland and Hunte violated federal law and numerous state consumer protection laws by misleading thousands of consumers across the country into believing that the puppies sold in Petland stores are healthy and come from high-quality breeders. Many of the puppies sold by Petland come either directly from puppy mills or puppy brokers such as Hunte, which operates as a middleman between the mills and Petland’s retail stores.

“Unscrupulous dog dealers like Petland and Hunte reap massive profits by pushing unhealthy puppies on well-intentioned dog-lovers who would never knowingly buy a puppy mill dog,” said Jonathan Lovvorn, vice president & chief counsel for Animal Protection Litigation at The HSUS. “Families often bear the great expense of veterinary treatment for sick and unhealthy dogs, or the terrible anguish of losing a beloved family pet. This industry has been systematically lying to consumers for years about the source of the dogs they sell, and it’s long past time for a reckoning.”

The class action lawsuit is the result of many months of investigative and legal research, and comes after an eight-month investigation into Petland stores by The HSUS that demonstrated a direct link between multiple Petland stores and unscrupulous puppy mills. Numerous other reports have also surfaced of Petland’s allegedly deceptive sales practices, including the marketing and sale of puppies with life-threatening genetic defects and highly contagious parasitic and viral infections.

The 34-page complaint includes numerous examples of sick or dying puppies that Petland sold, including:

· Mainerd, a Boston terrier, was diagnosed with a congenital spinal condition. Some of her vertebrae have not formed completely while others have fused together causing tissue to grow underneath along with possible nerve damage. Mainerd is now receiving steroid treatments for her ailments and may require expensive surgery.

· Minchy, a miniature pinscher, was sold by Petland at 10 weeks old. He was immediately diagnosed with coccidian, an intestinal parasite that causes diarrhea and weight loss. Minchy was also diagnosed with an inherited disorder, Progressive Retinal Atrophy, which will ultimately lead to permanent blindness.

· Patrick, a Pomeranian puppy, was sold at three months old. He suffered from diarrhea and vomiting shortly after arriving at his new home. At 11 months old, Patrick was diagnosed with a genetic disorder, dual luxating patellas, which will require expensive surgery on both of his knees to correct.

Puppy mills are mass breeding operations where the health of dogs is disregarded in order to maintain a low overhead and maximize profits. The dogs are often kept in wire cages, stacked on top of each other, with no exercise, socialization, veterinary care, or loving human interaction. They are treated not like family pets, but like a cash crop. Petland denies it supports these substandard breeding facilities, and claims to follow “Humane Care Guidelines” developed in conjunction with the USDA. However, USDA recently informed HSUS in writing that it has no record of any such guidelines.

The class plaintiffs are being represented in the case by Saltz Mongeluzzi Barrett & Bendesky, PC; Hagens Berman Sobol Shapiro, LLC; Garen Meguerian, Esq. and lawyers in The HSUS’s Animal Protection Litigation section. The suit requests a jury trial on behalf of the consumer class plaintiffs, and seeks reimbursement of the puppies’ purchase price along with compensation for all related monetary damages for the class members.

Now this could lead to some interesting developments if they get a conviction...

Yes it could. The law firm doing this for HSUS is Hagens Berman, and I know some people there, and they are good.

The case is also pretty well framed, as it shows conspiracy to defraud through false advertising.

Wonder if they're getting a little nervous in Amish country.

If you need any further evidence that the AKC is not about preserving quality in dogs, all you need to look at is their relationship with Petland and the Hunte corporation.

I love the PR statements that Petland and Hunte have posted on their websites.