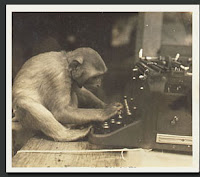 A little humor and fair warning, there's nothing about dogs in here.

Earlier this week I was at a conference for a few days with the typical results that you get from such things -- a numb brain, a numb rear end, 500 emails in my unattended in-box, and a briefcase full of papers that will never be read.

On the up side, very occasionally someone will speak at a conference who will be much better than you expect, and this time around that distinction went to former Attorney General John Ashcroft who gave a fairly impressive no-notes speech on a fairly obscure but on-point legal topic, but who also told the slightly edgy and self-deprecating joke which follows.

It seems the Attorney General was visiting an elementary school as part of a tour of Southern Ohio.

After a short speech he asked if there were any questions, and a Third Grader by the name of Timmy stood up and said:

"I have three questions for you sir:

Just before the Attorney could answer, the recess bell went off and all the kids rushed out to play. When they came back, the Attorney General said, "I am sorry we were interrupted. I will now answer any questions the students might have."

A little girl by the name of Samanthaa stood up and said: "Mr. Attorney General, I have five questions for you, sir:


And yes, everyone laughed. Nothing works quite as well as self-deprecating humor, and if you are smart enough to use it, you will almost always come away solid gold.

The other bit of humor is a true story. I was at the gym, trying to huff and puff my flabby self into a shape that is a little less grotesque, when an older fellow who had been working out earlier walked out of the men's locker room.

He was a good looking older guy, bald with a coronet of white hair and a nicely trimmed Santa Claus beard. But what got me was that he was wearing ... wait for it ... a camouglage mini-skirt.

No, not a kilt. A camouflage miniskirt.

I watched him stride across the gym floor and go up the stairs, and I have to say I was rather dumbfounded. Then I noticed another fellow in the gym looking at me with a "what the hell was that fruit-cake wearing?" grin on this face. I shook my head and said, "You'd think a guy his age would know you never wear Mossy Oak Breakup after Labor Day."

A wonderful line, I thought, but this being Washington, it was lost on this boiled-in-the-suburbs fellow. He looked at me like I was speaking Chinese.

Yes, this is a strange town.

Email ThisBlogThis!Share to TwitterShare to FacebookShare to Pinterest
Labels: humor, Politics and politicians