Dog Food Blues: A Waive of Pancreatitis Is Next 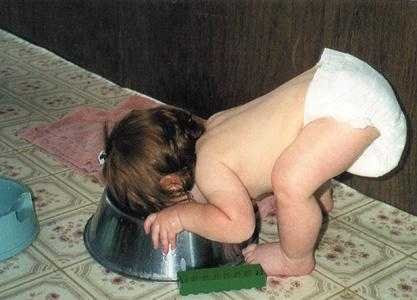 Writing in today's Washington Post, reporter William Booth gets it just right when he notes that,

There is no accident in a can of dog food. Just the opposite. The contents have been supplemented and fortified for nutritional, mineral and vitamin balance, the foods precisely engineered for smell, texture and palatability. (The makers want dogs to desire it, but not crave it, and they want its smell not to repulse owners.) And then they market it with all the cunning they can muster."

Booth goes on to observe that pet owners that were ignorant about where their old pet food came from, are now about to go down a new road with eyes closed:

[T]rust me, consumers were very surprised when they learned that Menu Foods makes din-din sold under dozens of pet food names, from the cheap generic store labels to the fancy "premium" offerings. A lot of familiar brands are on the recall lists, such as Alpo, Mighty Dog, Iams, Science Diet, Eukanuba, Gravy Train, Paws, Special Kitty and Ol' Roy.

The recalls are unprecedented. There never has been anything as extensive before for animal or human foods. While the volume -- 60 million cans and counting -- is sizable, what is remarkable is the number of pet food makers involved. It's almost all of them. (For a complete list, see http://www.fda.gov/.)

"Some people are absolutely panicked," said Bonnie Beaver, a professor of veterinary medicine at Texas A&M University. "Some owners are going to home-cooking. But too much fat, and you've got a case of raging pancreatitis."

Of course, there is nothing to be done. You can tell people to relax and just feed their dogs bagged Purina kibble (a good product made in a dedicated factory by people who know what they are doing), but the folks that used to buy expensive dog food based on their unified field theories of pet food (and who were shocked to discover they were buying Old Roy at three times the price), are now positive (once again) that they know more about dog food than anyone else on the planet, including anyone from Purina. And so we have all kinds of list-serv kooks out there touting even more untested brands and home-grown diets.

Knock yourself out people -- there is not stopping you.

Menu's CFO describes it all as "a horrible coincidence." Right. Of course it was. He will, of course, be donating 100 percent of his ill-gotten booty to charity? I thought not.

The only good news here is Congress is ramping up to investigate, and almost every member of Congress owns a dog or a cat, and that is true also for the folks over at the U.S. Department of Justice, the Securities and Exchange Commission, and the various U.S. Attorney's offices around the country.

Snap a jelly pack: the CFO of Menu Foods is toast.