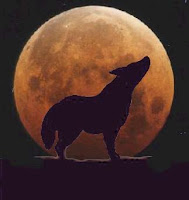 Within two miles of National Geographic's main headquarters in Washington, D.C. there are coyotes, and The Washington Post reports that they howl. A lot.

Quick, run and get a British camera crew. I will grow a beard and play Grizzly Adams of Rock Creek Park.


The sound did not belong. It was high-pitched and keening, something from a prairie night or a Hollywood sound-effects reel.

Something one should not hear while sleeping in a bed, in a house, in Chevy Chase, in the District.

"AOOOOOOO!" said Lee Bernstein, mimicking the noise that woke her up at 4 a.m. March 31. "Like a cartoon or something."

Other people have heard yipping in the woods near Cleveland Park, barking off Oregon Avenue NW and wailing that answers police sirens near Military Road NW. These are the sounds of coyotes, the Western predators that first colonized the city's suburbs and now have established themselves in Rock Creek Park.

As the animals have moved in, neighbors have started hearing things that leave them startled, curious and suddenly worried about where the dog is. In the middle of the District: actual calls of the wild.

"It's an eerie howl. It's a little -- what am I thinking of -- like a monster-movie howl," said John Northcutt, who lives across the street from the park. "It was just very strange to be in the city and hear that."

Coyotes have recolonized most of the urban East in the past few decades -- or perhaps colonized, since scientists aren't sure whether they were here before European settlement.

Their proliferation is partly about the reforestation of the East Coast as farming has faded and woods have returned. But it's also partly about the animals themselves. They have adapted well to the suburban environment, eating everything from garbage to fawns to small mammals. Coyotes are the most general kind of omnivore -- like raccoons, if raccoons also ate rats and house pets.

In fact, scientists say East Coast coyotes often grow bigger than those in the West. The life, and the hunting, might actually suit them better here.

"Easy pickings," said Paul Peditto, an official with the Maryland Department of Natural Resources. "They're highly adaptive, and they're efficient, and what they learn is that it's much easier to take a suburban small pet . . . as opposed to having to run down a wild cottontail rabbit."

The first coyotes arrived in the Washington suburbs years ago. Biologists now estimate there are at least 1,250 in Northern Virginia alone.

Are coydogs mythological creatures? I remember stories years ago about a "coydog menace" These stories seem to have disppeared. I wonder if this is because it was found that was little,if any, dog x coyote mating in the wild.