Looking for Bird Flu in Alaska? 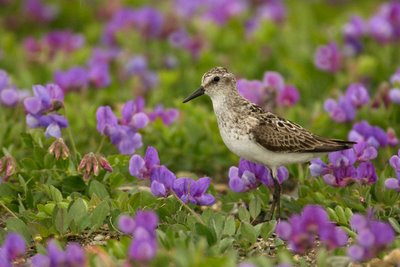 
The Associated Press reports that biologists are testing thousands of birds in Alaska, looking for any signs of Avian Flu.

Alaska? Sure -- Alaska. Huge numbers of bird nest in Alaska in the summer, from Peregrine Falcons and Snow Geese to Red Knots. Some of the birds that nest in Alaska are migrants from the tropical areas of Asia where Bird Flu has been somewhat prevalent.

For exanple, the Arctic Warbler nests in Alaska in the summer, and then flies across the Bering Straits, down the coast of Asia, passing through various countries including Korea, Thailand and Vietnam on the way to the Philippines where it spends the winters.

The Yellow Wagtail follows the same general migration path but nests throughout the region.

In theory, avian-flu infected birds could migrate from Asia to Alaska, and then transfer the disease to other birds that then migrated south into the heartland of North America and Latin American.

Bird are not alone in making vast migrations. If you follow migration patterns of animals, you will find that tuna, sharks, whales and turtles migrate vast disatnces North and South, East and West, and some species actually follow great circle migrations around the oceans on a seasonal basis.

Even some insects migrate vast distances. Right now Monarch butterflies are on their way south from Canada to their hibernation spot in the Oyamel Fir forests of Mexico.

In addition to monarch butterflies, some species of dragonflies also migrate south for the winter, soaring up into the jet stream to achieve incredible daily distances as they move to the Caribbean and Mexico. 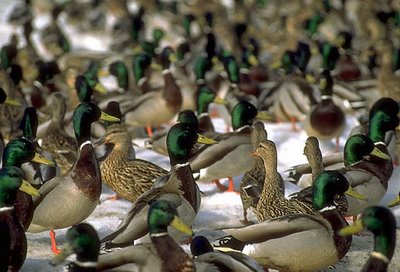