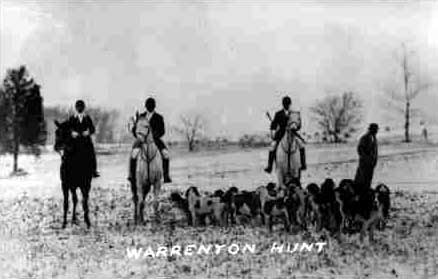 WARRENTON, Va. -- Virginia tourism officials hope to lure fox hunters from England and Wales, where the activity has been banned.

"It's a high-end niche market. That's why we believe it will be very attractive," said Alisa Bailey, president and chief executive officer of the Virginia Tourism Corporation.

Virginia tourism officials will be traveling to Britain this winter in part to see if package tours built around fox hunting are doable, Bailey said.

"Folks who have fox hunting amenities see this as a great way to increase their revenue stream." Bed and breakfasts and inns also would benefit, she said.

Decades of protests by animal rights' groups effectively ended fox hunting in the United Kingdom last winter. There, mounted hunts with hounds usually ended with the fox's death. In the United States, however, fox hunters emphasize the chase, and try to let the fox go free in the end.

The foxhound is the state dog of Virginia, and the Virginia Piedmont is the heart of the nation's Hunt Country. A mounted hunt there can cover thousands of acres of woodlands or farm fields, all within 30 minutes of Washington Dulles International Airport.

"There are liveries here already, places where people can rent horses to use for hunts," said Leslie VanSant, a fox hunter and executive director of Great Meadow, a 250-acre equestrian center and steeplechase course at The Plains, Va.

"The Brits could come over here and hunt a couple times or more a week, then make a horse-centered package of it by watching the (steeplechase or flat) races."

Virginia isn't as well known in Britain for equestrian sports as Kentucky is, Bailey said, but is "a center for steeplechase activities. We want to expand the opportunity into fox hunting."

"It's not a mass kind of sales job. Those folks can easily be identified. We'll work with specific kinds of tour operators who have that kind of clientele."

A Comment: This article is from the Associated Press (the photo from my collection), but the Virginia tourism folks show a profound ignorance of the fox hunting sitution in the U.K. Drag hunts are not yet the rage in the U.K. where fox can still be hunted (albeit with a few odd restrictions), while American mounted fox hunting is really just riding horses with a pack of dogs in tow, and while wearing a lot of fancy clothes.