The Transvestite Dogs of the AKC 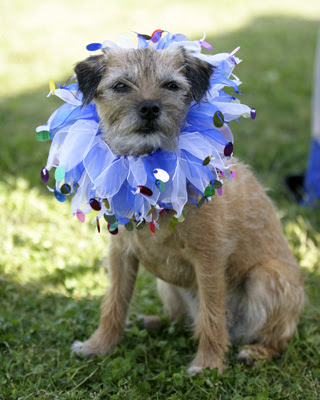 Why do I call them "transvestite dogs"? Simple: they may look the part, but they can't do the part.

Some, of course, don't even look the part. "I'm not saying you're not feminine darling, all I'm saying is you've got to shave closer."

After finishing Richard Wolters' hard-hitting "Duck Dogs: All About the Retrievers" (E.P. Dutton, $ 18.95), I was left with a sense of guilt.

Since 1984, Sunny has been a beacon in my life. This mahogany-colored golden retriever always has a ball in her mouth when I come through the front door each night. It's play time, she's saying, as I look for an easy chair following 30 to 45 minutes of freeway madness.

Our family had owned German shepherds previously but when Cindy, our 14-year-old shepherd, died in the early 1980s, I opted for a "golden" future. I'd researched the breed thoroughly and decided it would fit the family's lifestyle superbly. And it has.

I was looking for a family pet and companion animal, not a hunter. And when I spotted a classified advertisement in The Times for a 3-year-old, well-mannered female, a non-hunting golden retriever, I responded. It was love at first sight. And still is.

In "Duck Dogs," however, Wolters, a hunting-dog authority, says, "The history of every hunting dog that has become popular through the AKC (American Kennel Club) show ring is the same - the dog has lost its working ability. The key to the problem is popularity.

"Once a great hunting dog, today the cocker is useless in the field," says Wolters. "It can't hunt its way to the meat counter in a supermarket. The poodle was No. 2. It has been taken out of the duck marsh and made into a sissy. It is now dressed in ribbons. The AKC English setter's silky coat, down to its knees, would be ruined in a brier patch, and it has lost its nose. The Irish setter has been made into a high-strung blooming idiot. The list goes on. If the men who started the AKC 100 years ago could see what their organization has done to our hunting and also to our working dogs, they would turn over in their graves."

Last year the cocker spaniel remained No. 1 on the AKC registry list for the seventh consecutive year, followed in order by other noted hunting breeds - Labrador retriever, poodle and golden retriever.

By 1980, the AKC divided these dogs' activities into two categories - the show ring and field trials, leaving no place for the hunter and his dog, Wolters claims.

Hunters became fed up with this dilemma, prompting the founding of the North American Hunting Retriever Association.

The association sponsors field tests for working retrievers through which a dog can advance to eventually attain the coveted master hunting retriever certification.

Wolters says the purpose of NAHRA to save the Labrador and golden from the fate of popularity is recognizing some success. "No longer is there a fear that Labradors will disappear from the field as the cocker, poodle, Irish setter and the AKC English setter before them." But, he concludes, the golden is another story. The golden people, he says, are not taking advantage of the program.

Meanwhile, "both the American and British kennel clubs have allowed the mainstream of the breeding of their retrievers to lose the purpose for which they were originally developed.

". . . It takes centuries of concentrated effort to make a hunting dog and fewer than 40 years to undo the work. Dogs don't get into that kind of fix themselves, and neither the hunter nor the field trialer can be held responsible. The blame belongs to the show ring and the resultant marker."

The AKC has taken a stance that it has no right to order national breed clubs to alter their stance or emphasis.

Wolters adds, "Most breed clubs are run by show people. They write the physical standard for the dog, which unfortunately over a period of time tends to become a standard of fads having little or no functional purpose."

While Wolters criticizes the hunting deterioration of several breeds, let us not forget that the Labrador and golden retrievers continue to display their working mettle as superb Guide Dogs and hearing dogs daily. Thousands of others, like my Sunny, are perfectly content to play the role of an extraordinary companion animal, yet they long for much-needed water and field exercise or a daily neighborhood jog.

Ranny Green's Pets column appears on Sundays in The Times.

The golden retriever has gone to hell since that article was written!

Note the color and behavior of his dog.

That's no longer in with the show set.