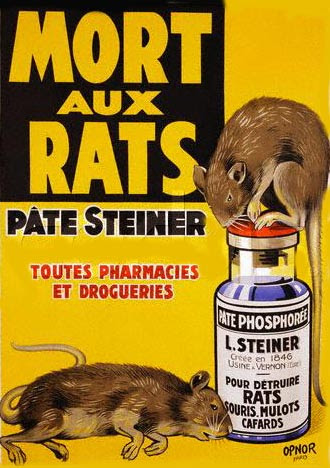 Rats are responsible for more animal extinctions than any other cause. The chief victims have been birds native to small tropical islands. Rats prey on both eggs and baby birds and, in some cases, adult flightless birds as well.

For this reason, rat poison may be the the single most important equipment in the world of bird conservation -- though using the right type in the right manner and in the right location is critical. In the wrong hands, rat poison can not only kill rats and mice -- it can kill birds, small native animals, fish, pets and even humans.

A quick history of the most common types of rat poisons: 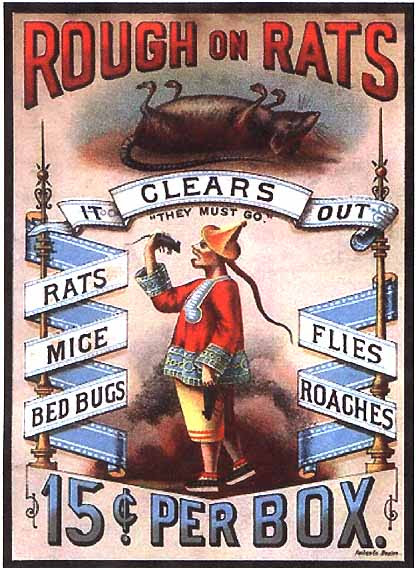 I hate having to poison rats: much prefer the quick kill of a snap trap to making them suffer for simply living where i don't want them to live. But they wouldn't fall for any of the bait in the traps. Now, between bait stations, an adopted Corgi, and an eager young volunteer resident rat snake, my infestation is pretty much under control. Thanks for the information here: will really help in the continuing saga...

I'm with you in that I prefer snap traps, but there's two things about the snap traps: 1) you have to boil them after every successful kill or the rat will not come back as it can smell the old death, and; 2) it pays to drill a hole through the snap trap and screw it to a heavier piece of wood that the rat cannot move. A rat with one leg or a tail in the trap can get behind a wall or under something and die there leaving you a stink. Also, you will lose traps. Peanut butter is an excellent bait for both mice and rats.