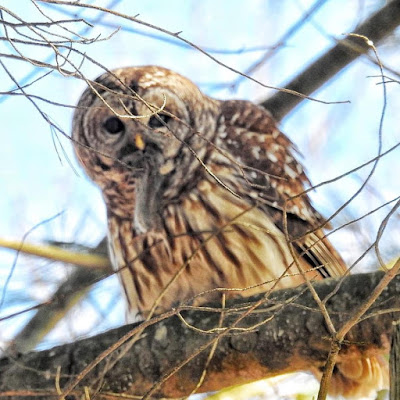 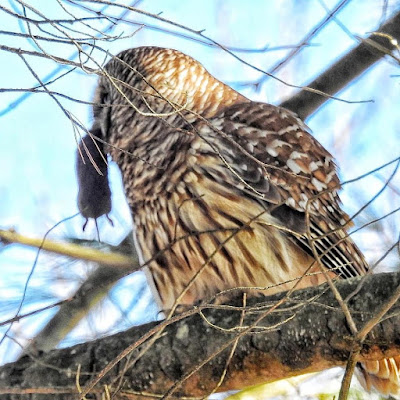 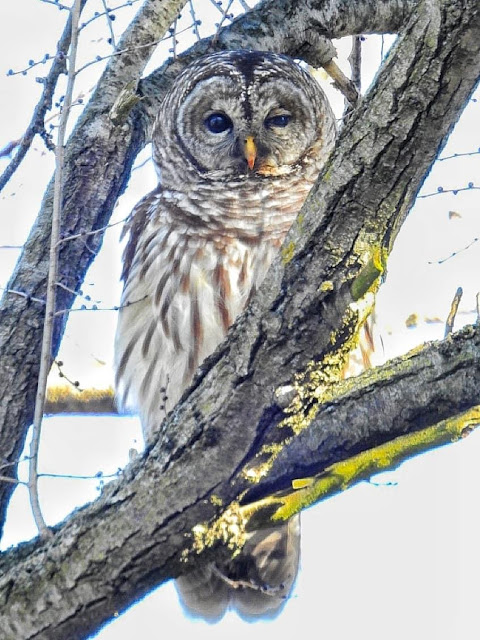 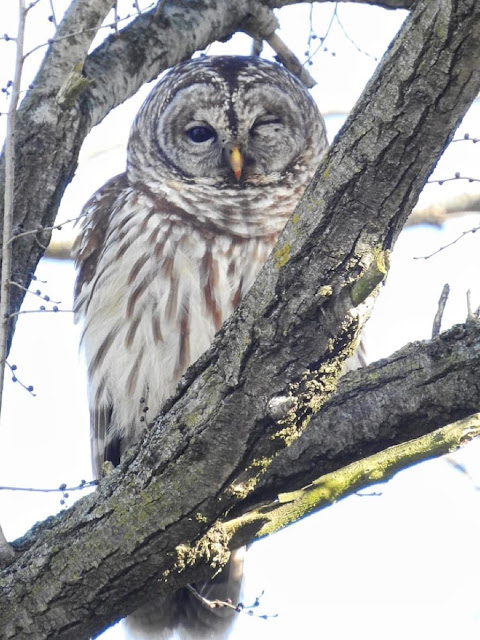 Rolling around setting up appointments this morning, I saw the same Barred Owl I did the other day. Or pretty sure it’s the same one, as it was about in the same location, down the street from the new house. No real shoulder on the road, but not much traffic either, so I pulled over, put on the hazard lights, and squeezed off a few quick shots. I was lucky in that the owl had just caught something (a fat vole, I think), and I got two pictures off before he swallowed it whole.