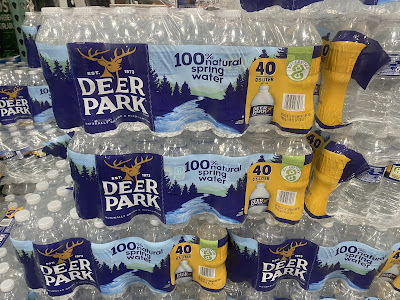 In the 14th Century there were over 3,000 deer parks in England occupying around 650,000 acres of land (over 1,000 squre miles).
People were proscribed from living within the deer parks (see Robin Hood), and the absence of latrines, cultivation, manufacturing, and wholesale animal slaughter meant the deer parks had clean water.
Royal deer parks were managed for wild game and for firewood and timber. In the larger deer parks streams were dammed to make small lakes and ponds for fishing and ice making.
Most of the large deer parks fell into disrepair in late Medieval times as the feudal system collapsed under the weight of the Plague, and a new form of hunting -- coursing with horses and dogs -- was imported from France to replace the older driven-to-a-point hunts.