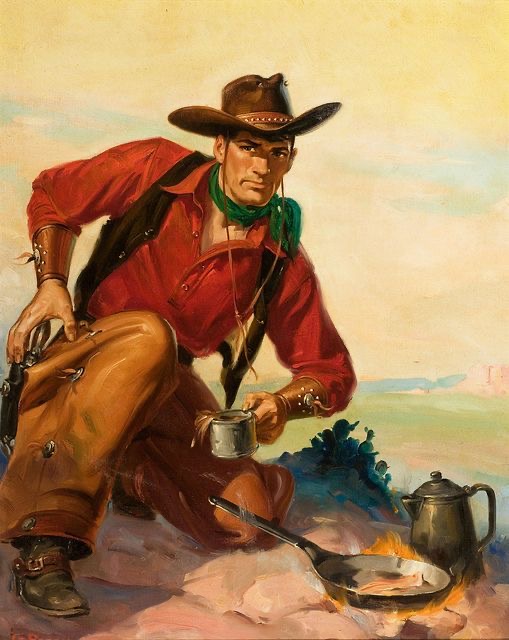 Operation Coffee Cup
Operation Coffee Cup was a campaign conducted by the American Medical Association in the late 1950s and early 1960s to try to kill Medicare in the crib. The program centered on the idea that doctors' wives would organize coffee klatches to convince acquaintances to write letters to Congress opposing Medicare. In 1961, the AMA hired then-actor Ronald Reagan to record a record entitled Ronald Reagan Speaks Out Against Socialized Medicine which would be played at the coffee meetings.  Operation Coffee Cup is sometime described as one of the first "astro-turf" viral campaigns.
The French Connection
Popeyes Louisiana Kitchen, Inc., also known as Popeyes, was not named after the cartoon character, but after Gene Hackman character "Popeye Doyle" in the movie, The French Connection, which came out a year before the chain was founded.
An Amazon Package Sale We Might All Need
"Angry Orange" Pet Odor Eliminator coupled with a UV flashlight that will illuminate the unseen pee spot.
The Speed of Canine Generations
Your dog’s great, great, great grandparents lived in the 1990s.
Far From Poor
Warren Buffett makes a $4 billion gift and, as a result, his fortune dips below $100 billion.
When the Wells Run Dry
The Colorado River has not flowed into the ocean since 1998.
Wild Bill Hickok, Abolitionist
Wild Bill Hickcok was born in Illinois to abolitionist parents, and he came west at age 18 in 1855, to join the Kansas Free-State Militia in support of the abolitionist campaign against slavery during the Missouri-Kansas War.
Catnip for the Cure
Researchers in Japan have found that when cats damage catnip, much higher amounts of strong insect repellents are released, indicating that the cats' behavior protects them from pests. This study appears in the journal iScience on June 14.
Internet Explorer is No More
The once-ubiquitous browser is now extinct.
East Meets West
There are more Lebanese descendants in Brazil than people living in Lebanon.