The Most Wrecked Breed 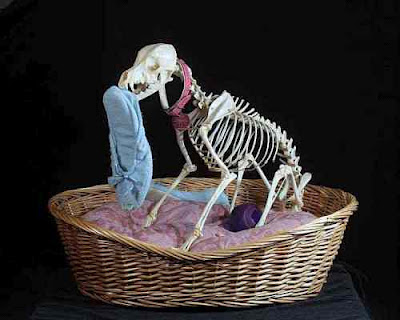 What's the most wrecked breed of dog?
Good people can -- and do -- disagree.
The English Bulldog is such a mess it regards its own death as a blessing and makes every list, as does the Pug.
Working dog breeds that no longer work and which are plagued by hip dysplasia and cancer certainly have their "worst breed" advocates.
And then there is the Cavalier King Charles Spaniel, a breed created at a dog show and which I have described as a basket case.
The folk at Uppsala University in Sweden agree with that assessment, noting that "the Cavalier King Charles spaniel carries more disease-causing genetic mutations than other dog breed following years of inbreeding - putting them at higher risk for heart disease."
In a study published in the journal PLOS Genetics, and summarized in The Daily Mail, they note:

'We find that individuals belonging to the breed affected by the most intense breeding – cavalier King Charles spaniel (cKCs) – carry more harmful variants than other breeds,' they say in their paper.

[This indicates] that past breeding practices may have increased the overall levels of harmful genetic variation in dogs.'

The study's researchers wanted to know whether recent breeding practices had increased the number of disease-causing variants in dogs.

They sequenced entire genomes from 20 dogs from eight common breeds, including the beagle, German shepherd, golden retriever and standard poodle.

They found that the cavalier King Charles spaniel, which experienced the most intense breeding, carried more harmful genetic variants than the others.

Standard poodles were also found to carry more harmful mutations than several of the other breeds, but not as many as the cavalier King Charles spaniel.

Dogue de Bordeaux would be up there. I was flipping through a dog breed encyclopedia which noted their average life span is only 5 - 7 years. That's short even for a such a large breed.

Neopolitan Mastiffs are a disaster these days too, with all the droopy skin and eye problems.