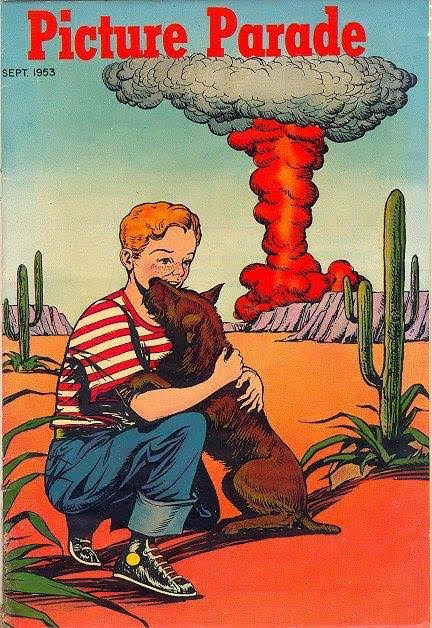 Chalk River Laboratories in Ontario, Canada was the first nuclear reactor outside of the United States, and it became operational in 1944.

In 1952, an accident at Chalk River Laboratories caused a partial meltdown in an experimental nuclear reactor 69 years ago this week.
Hydrogen explosions followed, and hundreds of thousands of gallons of radioactive water flooded the core, heavily damaging the reactor.

Rickover volunteered 28-year old Jimmy Carter to lead the team to take the failing Chalk River reactor apart so it could be replaced.
Carter's 23-person team built a replica of the reactor on a nearby tennis court to practice what they would have to do. Every pipe, bolt, and nut was assembled exactly as it was in the damaged reactor core area.

Lieutenant Carter divided his team into teams of three, with each team working 90-second shifts cleaning and repairing the real reactor, just as they had practiced on their tennis court model.

It was deemed that a minute and a half was the maximum time the human body could handle the massive radiation in the area, but by today’s standards it was far too high. Carter and his team were exposed to levels a thousand times higher than what is now considered safe, and Carter’s urine was still radioactive six months after the incident.