Monkey Minds Up the Leash 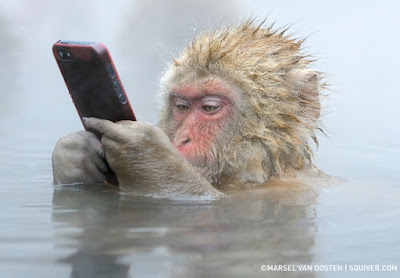 The Buddhist term “Monkey Mind” stems from the observation that left untamed, our minds' natural state can tend toward being unsettled, restless, indecisive and uncontrollable.

Buddha described the human mind as being filled with drunken monkeys, jumping around, screeching, chattering, carrying on endlessly. We all have monkey minds, Buddha said, with dozens of monkeys all clamoring for attention. Fear is an especially loud monkey, sounding the alarm incessantly, pointing out all the things we should be wary of and everything that could go wrong.


A few months ago, in a post entitled Attention Deficit Disorder at Both Ends of the Leash, I wrote:


The predator brain is constantly on the alert for clues and stimulus; the sound of a can opener, the click of a door, the scent of perfume, the rattle of a cup, the swish of a skirt, the greasy smell of a hamburger, the chime of an elevator.

As a consequence, both people and dogs seems to have epic levels of Attention Deficit Disorder.

Often a great deal of misery!

When distracted people interact with distracted dogs, the result is inconsistent and poorly timed feedback. Connections, if made, are poorly reinforced. Frustration grows. Both sides get bored and begin to question the intelligence of the other.

So what's the cure? There is no cure, but there are tools that can help us tame our Monkey Mind when dog training. Oddly the two things that seem to work best are little handheld clickers. 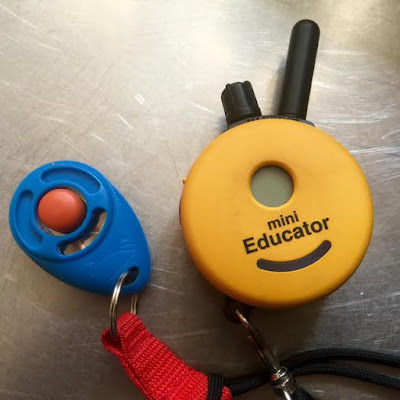 When a trainer has a clicker in hand, and is focused on getting the noise timed exactly right, is the trainer flailing around with his or her hands?

Is he or she talking?

In fact, they are not supposed to be moving at all.

And in clicker training, it is the clicker that does the talking, not the human.

Is the clicker assertive? You bet!

The clicker sends just ONE clear signal -- a signal that says "we could use a little more of that."

So what's the difference between the proper use of a clicker and an e-collar tap?

Either way, the most important thing going on may be up the leash where the dog trainer's Monkey Mind is now focused, paying attention, and sending just one clear, well-timed signal to the dog. 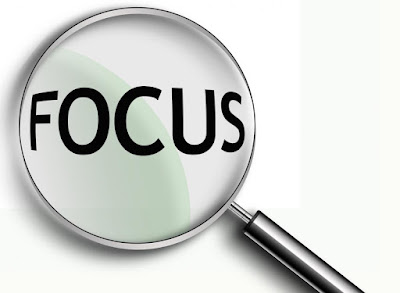