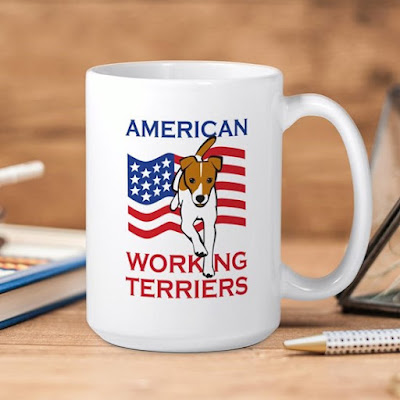 Order yours here. The dog is my late-great  Sailor.
Chrysanthemums Are a Dog's Friend
National Geographic celebrates my choice of flea and tick killer and deterrent: "The yellow center of the 'killer chrysanthemum' contains a natural toxin that is a powerful insecticide...Discovered in Persia around 400 B.C., the flower produces an active ingredient, pyrethrin, that can be extracted and used to create natural insecticides that farmers spray on crops to protect them from mites, ants, and aphids without harming anyone’s health. Herders rub pyrethrin ointments on their cattle to repel flies and ticks."
Dogs, Worms, Disease, and Jimmy Carter
Africa struggles with a 3-foot parasitic worm that is transmitted by dogs. Jimmy Carter has been working to wipe out the worm and the disease it carries.
Camo Has Regional Variants
From the Southern Rockies Nature Blog.
Killing Off Canary Island Natives
California Kingsnakes were introduced to Gran Canaria in 1998, and have already killed off most native reptiles on the 600-square mile island.
We Need More Poison and Traps
Removing all the mice from Gough Island -- an island halfway between Africa and South America and home to one of the world's largest seabird colonies -- has failed.  More poisons, traps, and perhaps dogs need to be deployed.
Killing Native Birds to "Save" Non-native Fish?
For years, the US Fish & Wildlife Service (USFWS) has issued Depredation Permits to the Montana Department of Fish, Wildlife & Parks Fisheries Division permitting them to kill native fish-eating birds such as pelicans, cormorants, herons, and kingfishers in order to protect nonnative fish species such as bass. Now, the USFWS is issuing depredation permits to the Miles City. Montana hatchery to shoot ospreys.
No More Slaves at the Chicken Plant?
Tyson Foods is one of the big four meat processors, and in the era of Covid and immigration restrictions the company has been struggling to find and keep workers.  Tysons is now moving to invest $1.3 billion over the next three years in order to automate more chicken production. Will this create better paying jobs for American workers?  Maybe!  One thing is for sure: importing unfree foreign labor to hand-scythe wheat ended over 150 years ago. Importing workers used to 19th Century working conditions, in order to pay them mid-20th Century wages, is no way to build a 21st Century economy.
The Supreme Court Speeds Abortion By Mail
The US FDA has done away with an antiquated rule that required patients to pick up medicine abortion pill RU-486 at hospitals, clinics, or doctors’ offices. The pill can now be mailed, which is as it should be, as it is very safe. In fact the New England Journal of Medicine notes that you're 14 times more likely to die while giving birth than from taking RU-486. Canada lifted their sale and mail restrictions in 2017 and the abortion rate there remained relatively stable, but the proportion of abortions provided by medication increased rapidly, while adverse events and complications remained stable as compared with the period when RU-486 was unavailable.
An Obituary Worth Reading
"A plus-sized Jewish lady redneck died in El Paso on Saturday."
This Would Be a Hell of a Trip
A new rail line makes it possible to take a train from Portugal to Singapore in just 21 days.  Some of the connections along the way include Paris, Moscow, Beijing and Bangkok. The missing link, that has now been filled in, is a section of track in Laos which connects the city of Boten with the capital Vientiane.
Bicycles in War
A free read at achive.org.