Dogs as Hard as Iron 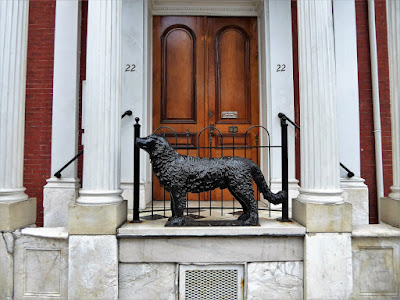 This local cast-iron Newfoundland dog is out for repair at the moment, but it has stood on the portico of this 1820s building on main street since the 1850s. The dog was named “Charity” in recognition of the work of Federated Charities, a non-profit organization currently housed in the building. 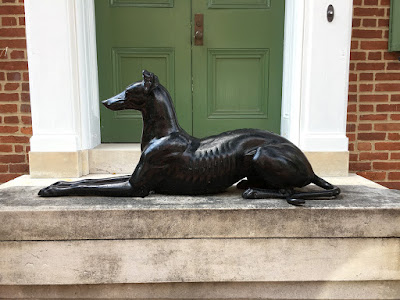 This local cast-iron greyhound was owned by opthamologist John Tyler, and has sat on the front porch of his former house, a few block away, since before the Civil War. Confederate soldiers made off with it, planning to melt it down to cast bullets with, but it was recovered before damage could be done.