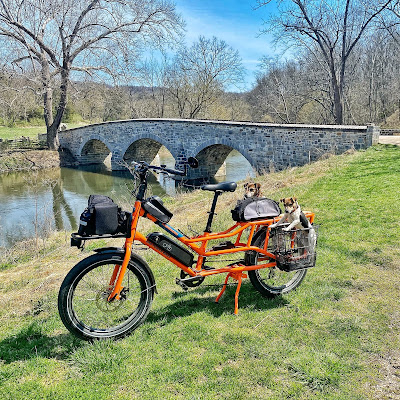 Carolyn and I biked the Antietam Battlefield today.
This is Burnside’s Bridge, where 450 Georgia sharpshooters held off 14,000 Union attackers for 3 hours.
General Ambrose Burnside’s distinct facial hair is where the term “sideburns” comes from. 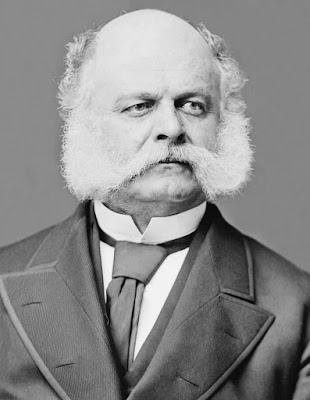 The Battle of Antietam was the bloodiest day in American history, with a combined tally of 22,717 dead, wounded, or missing. 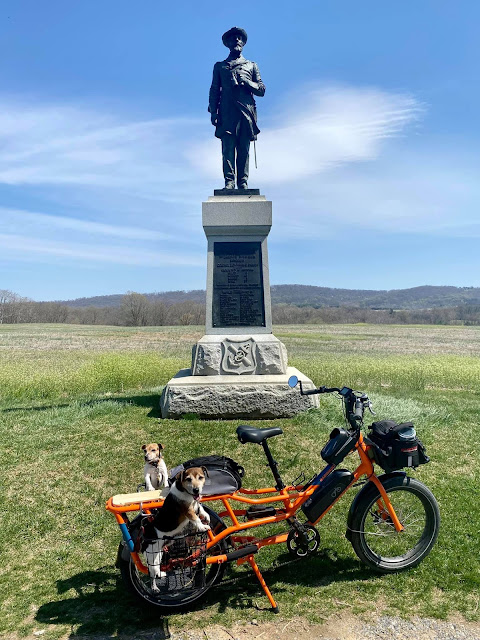 The Antietam Battlefield is chock-full of statues, monuments, plaques, and obelisks commemorating the actions of EVERY state volunteer brigade, division and corps. It’s pretty ridiculous, with 96 monuments, and perhaps twice as many signs, to say nothing of the canons.
It seems that after the war every local veterans groups (most of them Union) raised money for bronze statues on stone plinths, as well as stone pillars and slabs, to commemorate every charge of the devastating one-day battle. Truthfully, it feels a bit overdone considering the devastation of war that happened both before and since. 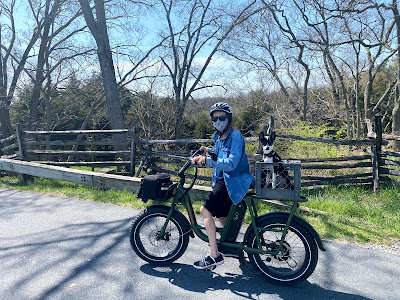