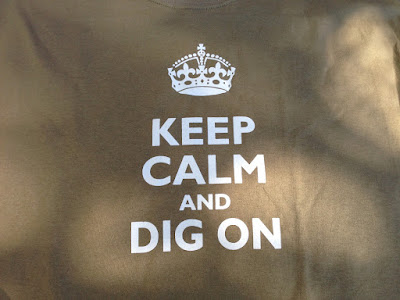 Back in 2001, I worked at the National Audubon Society, about a block from the White House, and across the street from the World Bank and the International Monetary Fund.

On a coffee run down the hall, I came into the kitchen and about 10 folks were in there watching the news on TV. Someone said an airplane had hit the World Trade Center. Assuming it was a small two-seater propeller airplane, I said the same thing had occurred to the Empire State Building back in 1945.

"My God," I replied, "that's terrorism."
That was the moment I found out.
The head of Audubon's DC office said everyone should bunker in place and continue to work, but the staff uniformly rejected that idea and everyone cut and ran, which was the right thing to do in this particular situation. We did not yet know about the third airplane targeted for the White House a block away.
The problem with leaving the office was that traffic was locked up solid with other people having the same idea, and the subway system has been overrun and shut down simultaneously.
I ended up walking to Georgetown to meet my wife who walked there from D.C. Superior Court, and we walked together, over Key Bridge, home.
At the time we assumed over 50,000 people were dead, as that was how many people were supposed to work in the Twin Towers of the World Trade Center. I had no idea that people did not go to work on time in New York City.
In any case, two colonels who were friends of ours were in the Pentagon when the plane hit about a mile and a half from our house. They let us know that they were fine, but they were command-and-control first responders and could their son have a sleep over at our house for the next day or two? Of course! No problem!
Work closed for about 10 days, as things were crazy around the White House, with armored personnel carriers and Humvees on every corner. Nervous troops fingered their automatic weapons. No one knew if, or when, another shoe was going to drop.
The collapse of the Twin Towers cut through all the fiber optic cables that ran out of lower Manhattan, so the main office of Audubon was without telephone or Internet, a situation that persisted for months.
On the home front, we tried to keep calm. Not knowing what else to do, I decided to take Sailor out hunting to a small farm near Tyson's Corner.
When I got out into the field, however, I realized I was in no mood to kill anything. At best, it was going to be a bolt day. Maybe just a walk-in-the-fields day.
I crossed through a small fenced orchard, and through a hole in a hedge. Sailor entered a nice sette, and bolted one of the largest groundhogs I have ever see. Perfect! Well done!
I picked up Sailor, still covered in dust and dirt, and I was still examining her when I crossed back through the hole in the hedge and into the orchard. As I looked up, a herd of Hell Hounds charged at me. It was Hell Hounds I tell you, or at least it was for a split second. I leaped straight up, my heart racing, and then the Hell Hounds dashed left and right. It was just a small herd of deer, several with nice antlers. They had entered the orchard unnoticed, and we had spooked each other as I entered from where I had once exited. They deer had charged the only exit, just as I was entering that same gap. I stepped aside and the deer ran past me and were gone, but I was pretty shaken. In fact, my heart was racing. Clearly, things were not right inside my head. The events of the last three days had shaken me deeply.
Now, 19 years later, I have no deeper thoughts about 9-11 other than the realization that we were not facing a master criminal mind. Osama Bin Laden was not Lex Luthor, and the "big weapon" used was actually a box cutter, not even a gun, a bomb, or a gallon of gasoline. The folks behind all of this were living in caves. Yes, the attacks were coordinated and ingenious, but they were not high-tech, and they succeeded, in large part, only due to luck and surprise.
What followed was an act of criminally poor leadership on the part of Bush Administration, which bungled things in Afghanistan to the point that Osama Bin Laden stayed alive and on the run for the next decade, while hundreds of billions of dollars and scores of thousands of lives were wasted supporting violence without logic or end.
The invasion of Iraq made as much sense as the U.S. invading Uruguay after Pearl Harbor.
The notion that the Middle East is ripe for democracy of any kind -- or that the Muslim people of the Middle East and North Africa are comfortable with anything under than authoritarian rule by kleptocrat dictators -- has proven to be a failed idea.
Democracy in Europe and most of the rest of the world was preceded by 600- or 700-years of feudal monarchy and authoritarian rule coated with a religious glaze and rationalization. Who is to say the same history is not the natural course for the Middle East and North Africa as well?
When people want to be free, there is nothing that can be done to stop them, and when they do not want to be free, there is nothing that can be done to help them.
I'm not sure that's the take-away message of 9-11, but it's the take-away message of all that has transpired since.