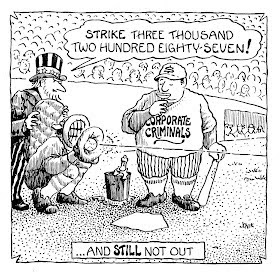 “A little more of this, a little less of that.”

That's what training is all about no matter what type of beast is being trained.

Most people know how to reward positive behavior, and to be honest, it's not that tough to train a small child or a new puppy.

But what about bad behavior that is strongly self-reinforcing, and may have gone on for years without any opposition at all?

"Train a different behavior" we are told, but of course those are just words. The answer to a barking dog is not to "train it to bark on command and then never give the command," no matter how often that bit of nonsense is repeated. For dogs, barking is a self-rewarding behavior, same as deer-chasing and digging in trash cans for stray scraps of food.

But, of course, not all training is about dogs and small children is it?

We also train adult people, organizations, corporations, and even clients.

And is all that training done using a "click and treat" paradigm?

Nor could it ever be.

For example, what are we supposed to be doing with criminals who rob our houses and shoplift in our stores?

Are we to reward them every time they decide not to rob us?

Are we we supposed to buy a meal and a movie ticket for a rapist every time they allow a pretty girl to walk by unmolested?

And what about corporations that engage in illegal theft, profiteering, and bill-padding, or which manufacture products that maim, poison, or kill?

Are we supposed to give tax breaks to all the companies that don't kill us and don't poison us and don't rip us off?

Are we supposed to "click and treat" companies full of liars, cheats, and thieves as soon as they stop lying, stealing, and cheating?

How do you "train" away corporate bad behavior with a purely-positive rewards-based system?

It's just that simple.

The bottom line is that there is a place for cheese and choke chains, and this is not new information.

It's not a matter of one or the other -- it's a question of using the right tool on the right problem at the right time and in the right manner.

And let’s be clear here: we have massive corporate looting in this country — billions of dollars stolen from the American people every month.

Shoplifting and the occasional riot pale in scale when compared to the snatch and grab done by banks, pharmaceutical companies, hospitals, weapons makers, insurance companies, and oil and gas drillers.

But when these companies loot, there is NO punishment. Companies may pay a fine when caught, but the executives that planned the frauds keep their jobs, their promotions, their bonuses and raises. No one goes to jail. No one is put in handcuffs.

This is the Big Wink we give to white collar crime.

When people with college educations and every advantage in the world loot America for millions and billions of dollars, we put them on the society pages and invite them to join the country club.

When a poor man smashes a window and steals a color television or a pair of sneakers, we give police license to shoot and kill him without trial.

And the poor man?

If he’s not shot dead, he’s now got a police record that anyone can look up, and which will cost him jobs and income for the rest of his life.

There is no federal or state data base of corporate crime. There is no listing of the executives at Johnson & Johnson who made the decision to poison for profit. Corporate criminals privatize the profits and commonize the costs with both impunity and anonymity.

But guess what American looter the press corps wants to talk about?

Not the ones that buy ads in TV, radio, and print press!

Again, this is part of the Big Wink when it comes to looting in America.

The great playwright Eugene O’Neil put it best in a play that starred Paul Robeson: