The First Terrier Locator Was for Golf Balls 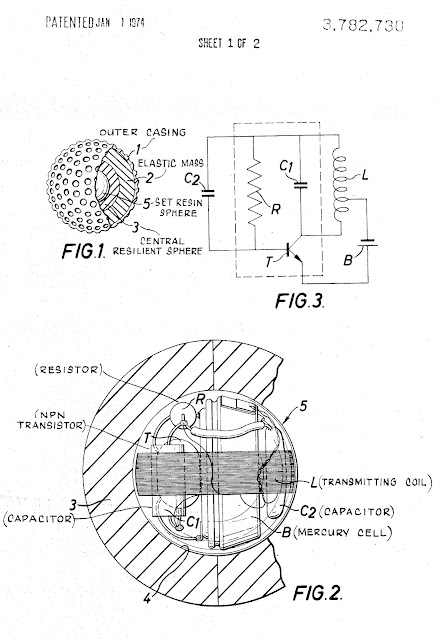 The first terrier locator was actually invented as a golf ball tracking device.

The golf ball finder was called "The Bleeper" and was invented by Stephen Alexander Horchler, who applied to patented the device in 1971 (granted in 1974).

The Bleeper consisted of a small transmitter inside the hard pack of a golf ball, and a small receiver to help find it in the thick grass of a rough. The transmitter and receiver worked within a circle of about 16 feet in diameter (an 8 foot radius).

The Bleeper had a lot of problems.

The first, and perhaps most important was that it was illegal in competition, as it conferred an advantage over other players not similarly equipped.

The second problem was the battery -- once the transmitter was sealed inside the golf ball, it could not be replaced or re-charged -- a very serious defect.

Finally, the simple mechanics of a transmitter inside a golf ball was problematic, as the weight of the ball would no longer be uniform as the transmitter components themselves could never be perfectly centered and spherical.

The company that Horchler created to market The Bleeper went bankrupt, and his patent and stock were purchased by visionary gamekeeper John Lawrence in Kent, England who, beginning in 1975, reconfigured the transmitter with a television coax connector so that the battery could be changed out.  He also repacked the transmitter into a small resin plug affixed to a ferret collar.  Voilà: the ferret- and terrier-locator collar was born!

The re-made Bleeper found a market with with ferreters and terriermen, but also with companies working to locate drain blockages or lay electrical lines and water pipe. By simply fixing a bleeper to the near-end of a drain snake, companies were now able to drop holes with greater precision and less lost time and roadside repair. 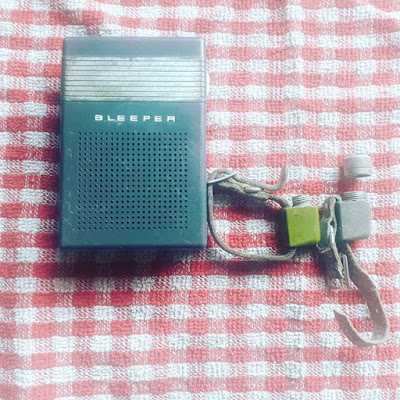 The Bleeper was still far from a perfect piece of equipment.

The receiver in particular was a problem, as it was simply a pocket long-range radio receiver -- which meant it had a habit of picking up local radio broadcasts at inopportune times. What was needed was a better piece of kit, and that soon came along in the form of the Deben Mark I collar and receiver.

More about that tomorrow. 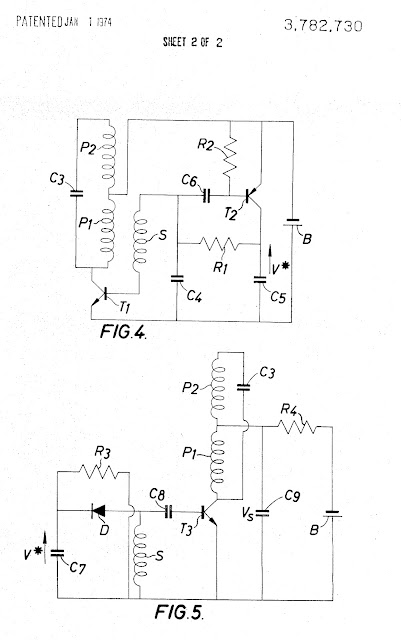