Counting the Uncountable During the Pandemic 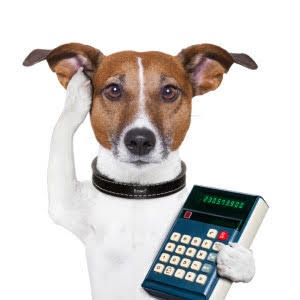 Back in 1986, I was the organizer of a session on census adjustment at the annual conference of the American Association for the Advancement of Science. The topic of the panel had to do with census reapportionment for congressional seats. If the courts decided to exclude illegal immigrants from the count, how could that be done? How did we count permanent resident green card holders? Did we count them at all? And what about the millions of young black men who, for whatever reason, were always missing in census counts? Was a deep sample survey actually more accurate than a nose-by-nose count?

All good questions, but before we got too far into the thicket, I wanted to prick a few balloons.

I began the panel by noting that in 1980 the U.S. Census Bureau had counted exactly 226,545,805 people, but that the margin of error that the Census Bureau freely admitted to was 2.5 percent.

In short, I observed, the one thing we had some confidence in was ... wait for it ... wait for it .... that only the first digit of that big official number was probably right. All of the other digits in the apparently precise official count were subject to change based on the Census Bureau’s freely admitted margin of error.

I tell this story to stress that folks who do not work with numbers, day in and day out, tend to fall in love with false specificity.

We don't have an exact count on a lot of things. The good news is that even if we do not have a precise count, we have direction and velocity data, and some ballpark numbers which, it turns out, are good enough for most policy purposes.

I bring this up in the era of coronavirus testing and mortality and stock market and other economic loses resulting from the same.

How many people have *really* contracted the disease in the US, since testing has been slow and bungled, and a portion of the population is asymptomatic and also contagious?

How many deaths are *really* due to Covid-19, when so many patients are presenting with co-morbidities and some early deaths were (apparently) coded as seasonal flu?

Is the Dow Jones weighted too much on airlines, and therefore suggesting more economic collapse than is real?

Is the S&P 500 masking real economic loss at the level of barbers and non-chain restaurants and gyms, coffee houses and bars whose “stock” is not traded on any exchange?

All good and interesting questions, but again ignore the false specificity, and instead look at direction and velocity.

Is the data that you do have going in one direction?

Is it slow, fast, or variable?

Is there a doubling time?

If the answer is “a lot” and “more” and “pretty damn fast,” you don’t need to know anymore.

Compounding is a mathematical construct.

The math behind both doubling times and halving times is the same, and it has no ideology.

A human population that grows at 2 percent a year doubles in just under 35 years based on the natural log of 2.

By the same calculation, if you have a steady rate of financial return of 7 percent, your money will double in just shy of 10 years.

The spread of coronavirus is jaw-dropping. It is not doubling in years or months or even weeks, but in 6-7 DAYS.

The good news is baked into the bad news: that speed of transmission will slow, but only when a sizable portion of the population has antibodies due to having caught the disease and survived it, or having been vaccinated.

“Herd immunity” kicks in when about 75 percent of the population carries antibodies. In all liklihood a vaccine will only kick in a year or 18 months from now, by which time we can expect 3.5 to 5 billion people across the globe to have been infected, with 35 to 50 million dead as a result of that infection.

It’s possible an antibody-based vaccine can be developed before then, but it would also have to developed and rolled out at a global scale within the same time period to sharply reign in the numbers.

And there’s another Joker in the deck: Covid-19 is a “slippery” virus that seems to mutate easily.

The first mutation enabled the virus to spread easily from people-to-people, and the second created a new, even worse, strain of the disease that is now being seen in the Middle East.

With two strains of the virus now circulating, we don’t know if recovery from one strain confers immunity to the other.

A rapidly spreading double infection, and a virus that shifts quickly, “slipping” out under a vaccine, is an epidemiological nightmare.

Is that in the future?

All we know now is direction and velocity, and that’s enough.

From a modeling perspective: because population is finite, exponential growth will collapse. Well probably see sigmoidal in number exposed and a rapid peak followed by decline to near zero in rate of infection. Policy can both flatten the curve and reduce the area under it.

Here's another factor that messes up counting (but may hasten herd immunity)... a large fraction, quite likely most, of the infected are asymptomatic... https://www.bmj.com/content/368/bmj.m1165