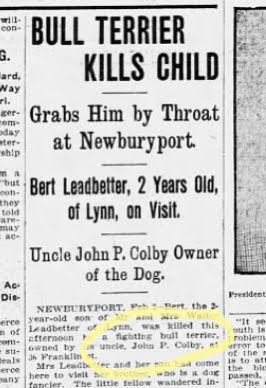 Why are pit bulls in trouble?

A lot of it has to do with moronic owners with rich fantasy lives.

On one side are the sick sadists who fight dogs, and on the other are the “fur mommy” breed-deniers who insist they’re all “nanny dogs”.

Adding fuel to the fire is newspaper sensationalism (yes, there is always that), paired with a breed culture where hiding from the law, lying, and denying responsibility seems to be endemic.

In passing the other day I mentioned that John Colby’s own nephew was killed by one of his pit bulls. Within an hour someone weighed in: that wasn’t a pit bull; that was a Boston Terrier.

A 15-pound Boston Terrier shook and snapped the neck of a two-year old?

Of course I had seen the old “a Boston Terrier did it” headline that ran the day it happened (February 2nd) when John Colby was still lying about it and trying to sweep his dead nephew under the rug.

And, of course that headline is famously wrong.

I note with some amusement that suddenly the pit bull community now thinks newspapers *always* get breed classification right.

I posted two links to books detailing the actual story of Bert Colby Leadbetter’s death, including a link to the true story in Bronwen Dickey’s pro-Pit bull book.

Nope. That was not enough.

Are we REALLY denying that pit bulls never savage the shit out of people and send them to the hospital and, very occasionally, to the morgue?

Fine then.  Here are the actual sourced clips and the story as told in a real newspaper of record — The Boston Globe. 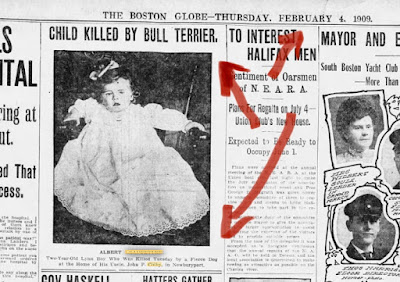 Please note that the dog is described as “a fighting bull terrier”. That’s a pit bull. That’s the breed John Colby raised.

Please note the reporter’s observation that John Colby began lying and trying to sweep it all under the rug right from the start.

Note that Colby mews that “his own child had played about the kennels and never been molested.”

It’s the kid’s own fault that he’s dead, amiright?

In short, it’s the same as it ever was in the pit bull community where morons of one type or another seem to be all too prevalent, and where an illegal culture of dog fighting, and a fantasy culture of posturing and dog dealing mean lies, nonsense, denial, and and disinformation seems to be standing at every corner

Any wonder the dogs are in trouble? 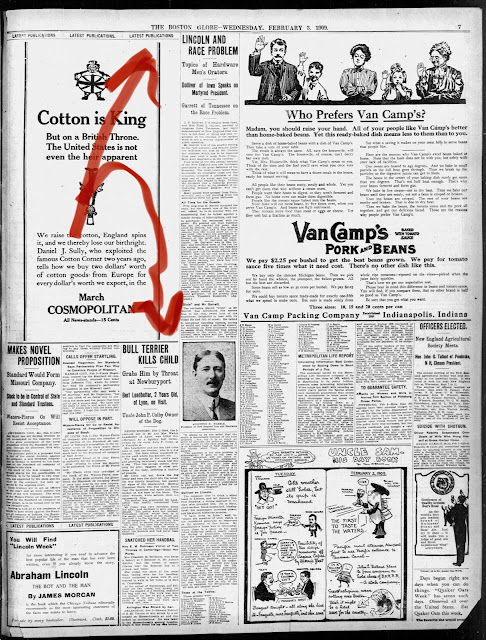 I am often worried when I see a pit bull while walking my dog. The reason is because most owners, of any breed, do not properly socialize and train their dogs. The second is because pit bulls are bred, mentally and physically, to be able to inflict maximum damage.

I've known wonderful pit bulls. But when younger I used to carry a "pit bull knife" when out with my dog. Thank goodness I never had to use it, but I was prepared to cut the attacking dog's throat. Goodness knows whether I could have without getting seriously bitten.

Now I carry pepper spray. It would help your readers to get instructions what to do in case a dog attacks yours. A friend who weathered a pit bull attack on his dog said what I've heard, to take the dog by the tail and sling it, might get me badly bitten. But he always seems to forget to tell me what he actually did