Crossing A River on a Canal Over Water 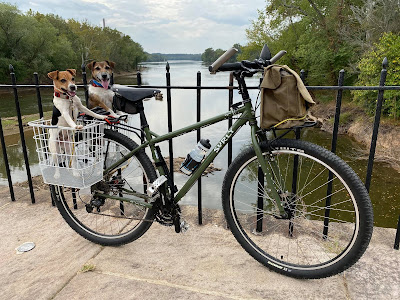 Rolling with pups on the pre-Civil War canal aqueduct that once carried canal boats OVER the Monocacy River where it joins the Potomac. The top picture is the top part of the aqueduct where the mules walked as they pulled the canal boats. The picture below shows the stone canal bed which would have been flooded. ‬

The canal is 184 miles long, stretching from Georgetown in Washington, D.C., to Cumberland, Maryland, where it connects with the spectacular Greater Allegheny Passage (GAP) Trail that goes all the way into downtown Pittsburgh. I completed the GAP trail earlier this year with the old "beater" bike, and will try to knock out the C&O in one fell swoop later this year on the new one, which is much better fitted and better built all the way around. 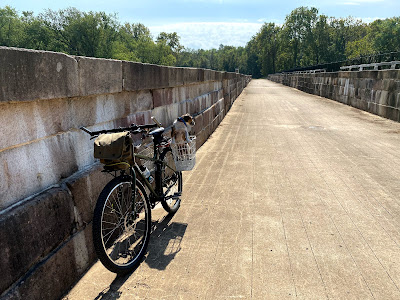