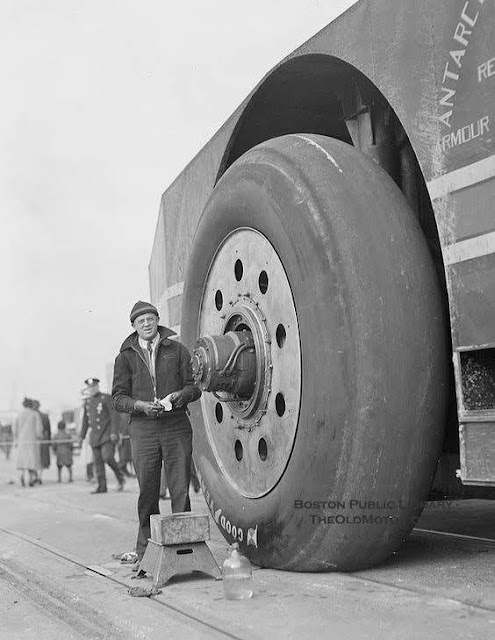 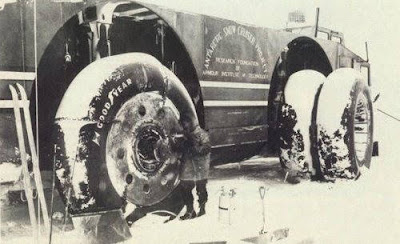 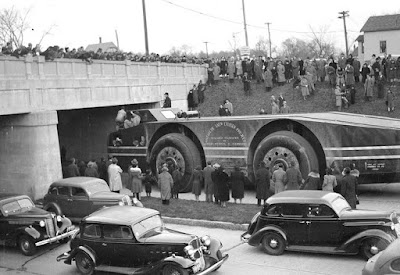 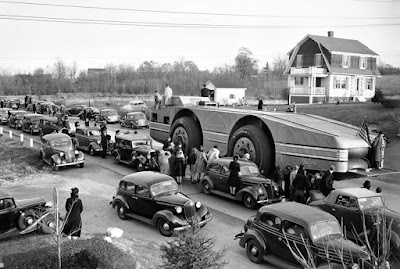 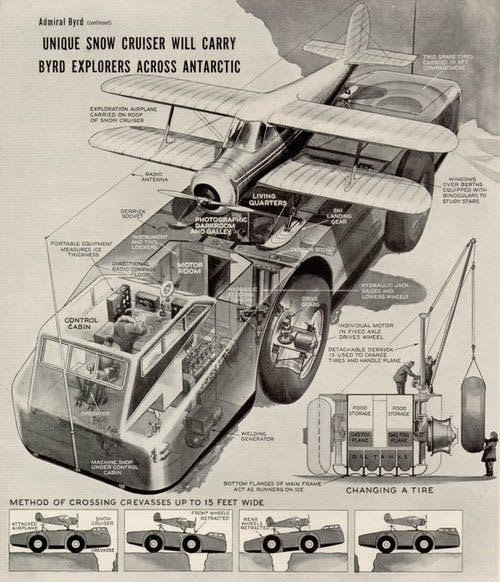 Between 1928 and 1956, Admiral Richard Byrd made five trips to Antarctica. For his 1939 trip, he used this enormous Snow Cruiser capable of carrying a Beech Staggerwing airplane on top. Crafted over 11 weeks by the Pullman railroad company in Chicago, by a design from Dr. Thomas Poulter, himself a polar explorer, it weighed 75,000 pounds fully loaded, and was the largest motorized vehicle ever built up to that time, measuring over 56 feet long and nearly 20 feet wide.

After the last polar exploration, it was left in a snow cave in Antactica, and was last seen in 1958. Since then, parts of the Ross Ice Shelf, including the Little America base, have calved off, and it's believed that the big machine went with it.

The Penguin was a less than successful vehicle in part because the tires were slicks, modeled after a swamp buggy's, and therefore had almost no traction on ice and snow.  Because of  the very serious traction problems caused by poor choice of tire, the vehicle was mostly driven in reverse.

Byrd, of course, took his rescue Jack Russell, named Igloo, to the arctic in 1927, and the dog is now securely identified with the arctic explorer, and is even featured next to him on his statue in Winchester, Virginia.  By the time the Penguin was rolling over the Antarctic, however, Igloo had been dead for a eight years, a victim of rat poison.

The modern version of the Penguin is below; lighter, faster, more energy efficient, better traction, and with modern communication. 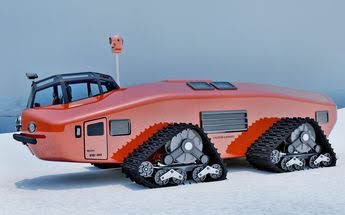 My first thought, upon seeing the first photo, is that those hubs are at a good working height to repack the wheel bearings. I'm also
wondering if I should get 2 five gallon buckets of grease per wheel.