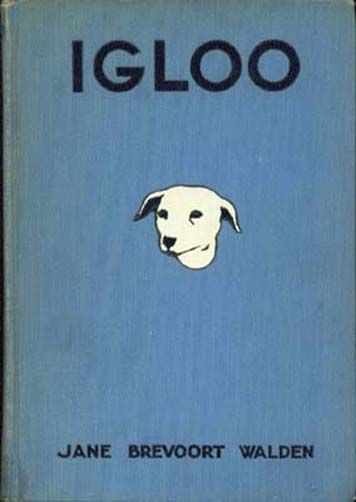 A Jack Russell terrier by the name of "Igloo" accompanied explorer Richard E. Byrd on his first trip to the Antarctic.

Igloo was picked up by Maris Boggs as a cold, shivering stray on the streets of Washington, D.C. in the winter of 1926.

Boggs has almost been lost to history, but in fact she was an important figure of her time as she was head of a nonprofit called (oddly enough), the Bureau of Commercial  Economics, which made and distributed industrial films at a time when education, industrial development, and film were coming together to form a sharp point for change. 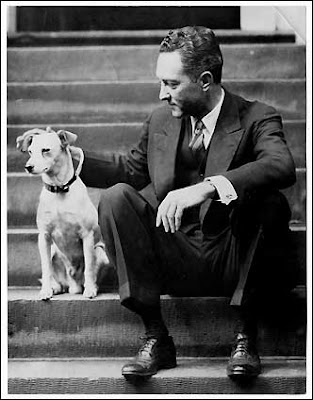 Boggs could not keep the dog, and casting about for a more suitable home she saw a picture in the newspaper illustrating Richard Byrd's trip to the North Pole.  As luck would  have it, she had met Byrd (though she had no idea who he was at the time) and she pushed her way into his life on behalf of the dog. Byrd pushed back -- he had no time or space for a yappy little terrier -- but he eventually lost the battle, and the homeless dog found his forever home.

The dog, named "Igloo" by the ship's crew, not only got to the Arctic, but to the Antarctic as well. Byrd had several special suits made for him to wear during days of endless sub-zero temperatures. one of which is pictured below with the matching boots. 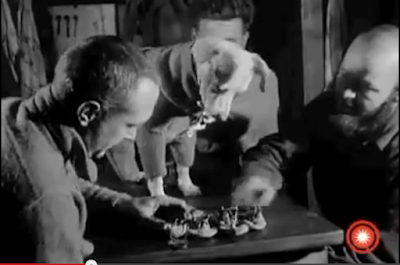 Igloo was much-loved and quite famous. Sadly, while on a rare speaking engagement without Igloo in April of 1931, the dog ingested what was likely some type of rat poison back home in Boston. Admiral Byrd rushed home from Illinois to attend to his sick friend, but the dog had died in the interim.

Igloo is buried in Dedham, a suburban of Boston, in the Pine Ridge Cemetery for Small Animals. His large, roughly shaped pinkish stone, has a carved inscription: "IGLOO. He was more than a friend." 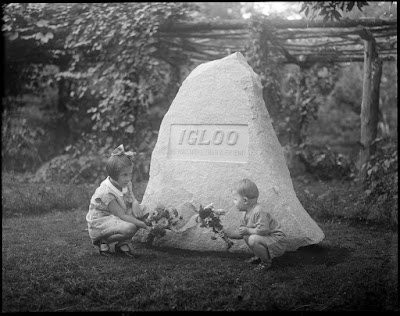 Newspapers across the country covered Igloo's death, and that year a biography of the dog (entitled "Igloo") was penned by Jane Brevoort Walden (published by G. P. Putnam).

Still later, Byrd's hometown of Winchester, Virginia, erected a statue of Byrd with Igloo by his side.  Not a bad life or a bad send-off for a once-homeless little dog! 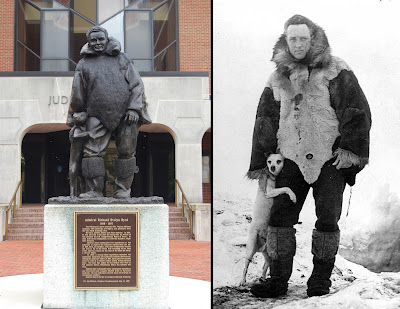