Aren't Chickens Already Made Out of Plants?
KFC tested "Beyond" Fried Chicken at an Atlanta restaurant on August 27th. They sold out in 5 hours and the stuff tastes like cafeteria McNuggets.

FRAC You, Dominion Energy
The Fourth Circuit Court of Appeals in Richmond, Virginia, has thrown out nearly every permit that Dominion Energy needed to build the Atlantic Coast Pipeline along its originally proposed path. “All of the ACP’s problems are entirely self-inflicted,” said Greg Buppert, a senior attorney for the Southern Environmental Law Center, which led the lawsuits against two of the pipeline’s permits. “It was never a good idea to build this pipeline through two national forests, a national park, across the Appalachian Trail, and through the steepest mountains in West Virginia.” Since the pipeline was first proposed in 2014, demand for natural gas has plateaued and,according to Dominion’s own models, is only expected to decrease. The way of the future is solar electric for everything.

Trump Has Built ZERO MILES of New Border Fencing
Zero. Nada. Empty Set. All he's done is strengthen or replace older fencing.  As Fox News chief anchor Shepard Smith notes, "So far, despite the president's claims to the contrary, there is no new wall. Existing barriers have been replaced. Same span. The total of repaired barrier is about 60 miles along that 2,000-mile border."

"100 Year Floods" Every Year?
'100-year' floods will happen every 1 to 30 years, according to new flood maps developed by Princeton researchers who predict coastal flooding for every county on the Eastern and Gulf Coasts. 100-year floods could become annual occurrences in New England and happen every 1-30 years along the southeast Atlantic and Gulf of Mexico shorelines.

Dentistry is a Scam-Filled Profession
Evidence-based dental research suggests a lot of what we are paying for is useless, or even bad medicine.

The American Foreigners
The 7.5 million non-native American shad in the Columbia River dwarfs the salmon return.

Who Goes Nazi?
A new way to think of your acquaintances. 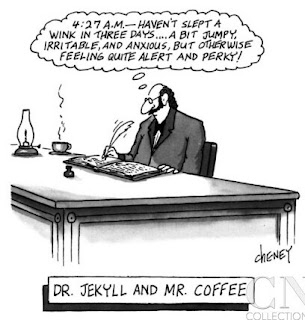 The who-goes-Nazi article was a source for the above. A good warning.

That Harper's piece really helps explain Stephen Miller (and those like him). Interesting how much of this cancer really is unhealed from the last century, in spite of a war --and the resulting misery--you'd think would've extinguished it entirely. Wretched.