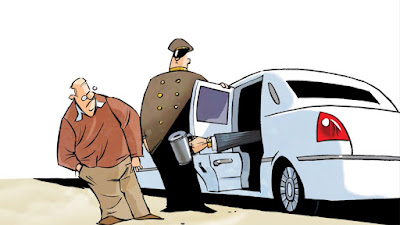 The RSPCA is in such a shambles, thanks to a completely dysfunctional executive board, that the Charity Commission is threatening action to restore public confidence. From The Telegraph:

The RSPCA is being so badly governed it is damaging public confidence, the official watchdog said yesterday in an unprecedented attack on one of Britain’s best known charities.

The animal welfare charity now faces “further regulatory action” which could include the imposition of new management unless it makes urgent changes to the way it is run.

The intervention of the Charity Commission follows the sudden departure of Jeremy Cooper, its chief executive, after a little over a year...

A 20-page internal report into the RSPCA has made a series of recommendations with sources saying it has highlighted serious failings in the governance of the £140m-a-year charity.

In a statement the Charity Commission said last night: “The governance of the RSPCA remains below that which we expect in a modern charity and we are concerned about the impact on public confidence.

“This has been brought into focus by the departure of the CEO and the clear recommendations of the charity’s independent governance review, which the Commission requested the charity carry out.”

It added: “We will consider what further regulatory action may be required should improvements not be made with the necessary urgency.”

Among extreme measures, the Charity Commission could appoint an interim manager to run the charity if changes are not made.


Let's be clear what the problems is at the RSPCA: the Executive Board, which is packed with people with grand theories and no experience, folks who will do nothing to fund raise, and who have no sustainable vision for this organization which has well and truly lost its way.

Among the RSPCA board members that need to be tossed to the curb as the first order of business: Penny Little, Peta Watson-Smith, and Richard Ryder. All three have put their own crack-pot theories ahead of that of the organization, ahead of dogs in need, ahead of cats in need, and ahead of wildlife in need of rehabilitation. These three, and several others, are refugees from vegan funny farms who have tried to colonize the RSPCA because their own militant vegan organizations have failed to catch fire. Rather than cure their own ills, they have tried to board the RSPCA and brought their intellectual and emotional disease with them. Now the RSPCA needs a good de-lousing. Do not hold back on the DDT and the Deet!

The quickest way for the RSPCA to move forward is for the national organization to reorganize itself with a new board and a paired-down staff. A new RSPCA would redirect and rebrand itself as the fundraising arm of RSPCA-certified local shelters and animal rehabbers which truly do good work. Right now, the national RSPCA gives almost no money or support to the struggling local charities that actually benefit animals. Instead, the RSPCA pockets most of the money that comes in to pay for for more direct mail, and to fund expensive campaigns that put it at war with a large section of the populace, while producing zero results in terms of animal welfare. Continue down this road, and it's free fall and collapse for the RSPCA. It's time to Push Penny Little, Peta Watson-Smith, and Richard Ryder to the curb. They seem to have a vision; let them go raise the money to fund it. Lord knows they are not doing that now.

Sounds almost as bad as the HSUS.