The Cell Phone at the Circus 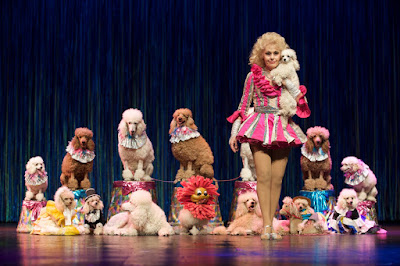 I love the Internet.

Love is actually too weak a word. There is no word that describes what I feel about the Internet. It never sleeps, and the sum total of human knowledge is there in the form of text, pictures, video, and music.

In all likelihood, you, the reader of this blog, and I have never met, and we may not even be in the same country, but we can send each other pictures, video, or a 500-page manuscript, and do it without consuming paper, printing, postage, time, or money.

Children with physical disabilities and old people who are infirm can reach out across time and space to communicate on a level playing field.

Gay or straight, young or old, with or without speech impediment, vegan or carnivore, knitter or welder, gardener or theoretical nuclear physicist, there is a place for you on the Internet where you can learn and share ideas.

How can you sleep at night when any question you could possibly imagine can be answered in three of four clicks? What were George Washington's false teeth made out of? How is schist different from granite? How old is Van Morrison? What is the population of  Botswana, and what is it's history?

My cell phone has on it every bit of recorded music ever made, along with the lyrics to every pop song I have ever heard, every book ever written, and every movie ever screened.

My cell phone is the most powerful publishing platform in the world, and the cheapest and easiest form of communication in every country.  It is a global store that sells everything under the sun, and does foreign currency transactions faster than you can pay for a coffee.

How can anything compete with that?

That's why record stores have disappeared, and so too has Blockbuster.

Bookstores are all but gone. Neighborhood libraries still exist, but they are having to re-purpose themselves as "computer centers" in order to justify their existence.

What about zoos and circuses?

They too are struggling to stay open, or are fading out altogether.

It used to be you had to go to a zoo or a circus to see a tiger or an elephant. Now we have YouTube, BBC Animals, and National Geographic TV.

Who wants to see a bored elephant in a concrete cage, or a deformed Killer Whale in a swimming pool, when you can see massive numbers of the same animals, in the wild, facing off against their enemies, mating and feeding, without ever getting out of your La-Z-Boy?

And so it does not come as a complete surprise to learn that Ringling Brothers and Barnum & Bailey Circus is finally folding up its tent for good.

Some will tell you it's because of the "animal rights" folks, but I would note that the same folks telling you this are posting this idea from their cell phone.

Most of these same people have not been to a circus themselves in the last 20 years, and it's not because they are card-carrying members of the "Animal Rights" movement.

What is the Animal Rights movement?  Where are they? Have you ever actually seen a PETA protest in the wild?

I haven't, not once, and I live in the state where they are headquartered, and I work in the city where all U.S. federal legislation is made.

Let's us observe reality.  We have hamburger and chicken establishments on every corner, in every town and city, and everyone we know wears leather shoes and holds their pants up with a leather belt, and you have never seen a PETA protest in the flesh.

We have more pets than ever before, and we have no qualms about feeding them chicken, beef, beaver, deer, lamb, pork, fish, and turkey.

No one from PETA has every picketed your local grocery or pet store.

There are no animals rights activists in the fields or forests where you hunt or walk your dogs.

So what's really going on behind the demise of Ringling Brothers? Simple:  technology.

The very same technology that made the Big Top bloom like a hot house rose 125 years ago, has been working hard to kill it ever since.

Here's the story:  19th and 20th Century trains and roads made it possible for circuses to travel from one end of the continent to another in order to entertain small-town people who suddenly had a little disposable cash in their pocket.

But entertainment competition for the circus arrived very quickly in the form of radio, movies, and television.

At the same time, small town economies began to collapse as capital spooled up to create ever-larger factories designed to make and ship more and more goods farther and farther away.

Circuses, which once counted on stopping at at least two dozen small towns between the big cities, found the road no longer paid.  When local oil refineries, assembly plants, stock yards, and furniture factories folded, small town populations collapsed and the thin gloss of prosperity drifted away.

One factor amplified the other.

The ready availability of high-quality, low-cost, no-skill instant gratification met rapid urbanization, and a lot of things started to reduce their cross section in the national psyche, from contract bridge to bowling, and from hunting and fishing to dog shows.

This story is not deeply hidden.

In fact, it's the story of your life, as well as that of your parents and grandparents.

So why do we not hear about it more?

And so the Animal Rights movement is empowered as a causal agent, even when it has little to do with the collapse of the thing at hand.

"They" must have killed the circus, we are told.  You know -- "those people" that we have never actually seen in the flesh.  "They" killed off the circus and "they" are going to kill off pedigree dogs too.

To which I can only say.... Right.  Just like they killed off bowling and contract bridge. Those bastards! 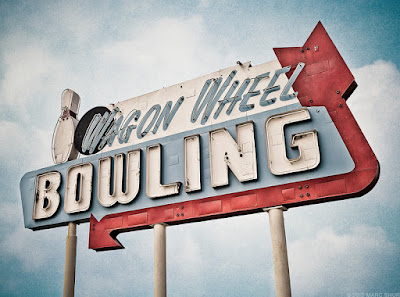 I don't believe that the animal rights movement is a boggy man, but neither are they non existent.

Also, hunting bear with hounds in my state, as well as moose hunting. The moose hunting law may not look like much, but compare it to any other hunting law, not regulation in MA.

From conversations with a falconer in vt they have a similar problem trying to bring their regulations in line with neighboring states.

None of these are national news, but they affect real people In real ways that are not imaginary. The bear hunting one especially has far reaching consequences.

Hunting laws in the US are determined by the state and are guided by Fish and Wildlife data and local ideas and theories about what is moral, possible, and politically permissible. It has been this way in the US for over 100 years, and it's a good thing, and not new. In fact, it's not even unique to wildlife management, as we see the same thing in every policy arena from taxation to health care, from elementary school education to the kinds of services to extend to the poor and less fortunate.

110 years ago, for example, the great bear hunter Teddy Roosevelt objected to what one Mississippi guide thought was a good way to hunt, and that story launched a cartoon and the "Teddy Bear" craze. See >> http://www.theodoreroosevelt.org/site/c.elKSIdOWIiJ8H/b.8684621/k.6632/Real_Teddy_Bear_Story.htm I think it safe to say story took place long before there was an Animal Rights movement (whatever that is) and Teddy Roosevelt's position on hunting and meat-eating needs no introduction.

State and local rules are often guided by animal abundance, which in turn tends to reflect habit size and quality. For example, I receive an annual mailing from the state of Maryland ASKING me to go bear hunting. Here in Virginia, the home state of PETA, not only do we shoot 3,0000-4,000 bear a year, but we have a bounty on coyote, and the state dog is the Fox Hound. That said, there are time, place, and manner restrictions on almost every kind of hunting and fishing, same as there is for Circus tent erection and almost everything else that has a community impact.

I agree with your post. Except I have seen PETA demonstrating. Well, people who subscribe to their emails at least.

Every summer the circus came to our county fairgrounds, about 15 minutes from me. Every year there would be about a dozen people holding big PETA signs with circus photos on them or slogans. I am sure they were local PETA members and not from their headquarters. But they were there.

I have seen animal rights protests at both circuses and rodeos, in Alberta.

However, they are generally no more than 12 people strong, and they are usually ignored or (in the case of rodeo protests) treated with hostility. There's also a lady who protests at a hog slaughter plant in my hometown. Literally one lady. I don't think a one-person protest is going to terribly influential.

Years ago I had a girlfriend who was bonkers. She also claimed to be a member of PETA. Our relationship did not last very long. I suspect there are too many people like her, loose among the general population, but I can't prove it. More than one would be too many.

Intentional or not, PETA reps. do bring attention to a situation they believe needs to change. Few believe this change would be immediate. People exposed to the PETA members' objections may moderate their own views even if just slightly. The few actions covered by national media can have a small effect on one person, but it could effect thousands of people. If you don't know about it, you don't think about it. I know my opinions have changed over the years about puppy mills and animal shelters.