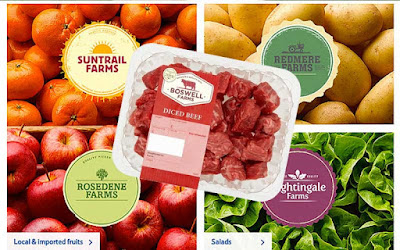 From The Guardian comes this little tale of fake farms.

Tesco has just launched a new range of meat and fresh produce with a series of farm names, including Boswell Farms’ beef steaks and Woodside Farms’ sausages. So far so bucolic. But, it turns out, all these farms are fictional. While the retailer says every product in the range, which includes vegetables, fruit, salad, pork, chicken and beef, is from “known farms” it has chosen to label them with fake ones.

Now The Daily Mail reports that the "farm brand fakers" at Tesco are "cynically using British-sounding names to trick its shoppers into buying foreign food" and that the National Farmers Union is now "seriously considering" taking legal action.

Produce sold under fictional names such as 'Nightingale Farms' or 'Rosedene Farms' might sound home-grown but in fact could come from as far afield as Morocco, Senegal or Honduras.... Tesco is seen as a major offender, using, for example, Woodside Farms for pork that could come from Denmark, Holland or Germany as well as the UK. Last week The Mail on Sunday found the company selling 'Rosedene Farms' blueberries from Argentina, Chile, Poland and Spain; 'Redmere Farms' sweet potatoes from Egypt, Honduras, Senegal, Spain and the US; and 'Nightingale Farms' celery from Israel, Spain and the USA, as well as Britain. Waitrose has also been criticised for selling organic lamb from New Zealand under the Duchy Originals label, the brand founded by the Prince of Wales to promote British organic produce.

This story joins previous stories about restaurants selling incredibly exensive foods with fake local and organic provenances, and dog food companies telling you they are "Honest Kitchens" rather than dishonest factories. 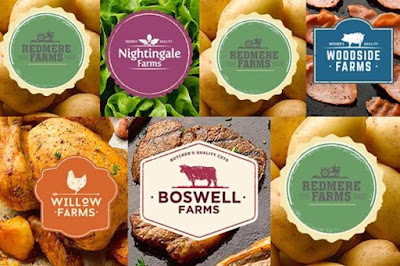