Nescience in the World of Dogs 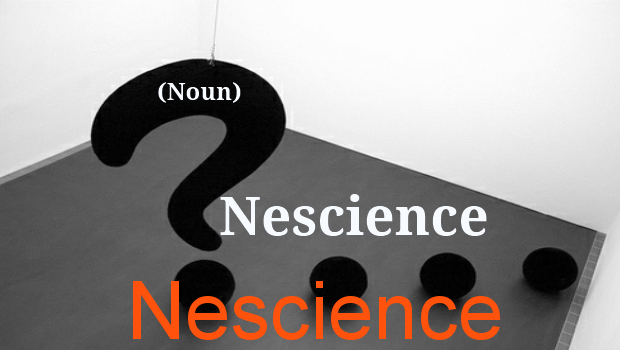 You know the word science.  It's a "discipline or study concerned with facts or truths systematically arranged and operating by general laws."

You know word omniscience.  It's "the capacity to know everything there is to know."

You know the word prescience.  It's "knowledge or awareness of the future" or "knowledge about something that has not yet happened."

But have you ever heard of the word NESCIENCE?

Nescience is the more than ignorance -- it's the opposite of prescience, which is to say it's ignorance about things which cannot be known.


Some years ago David Dunning used the word "clueless" to describe why people so often think weird things and he drew a set of circles showing denial, self-deception and cluelessness

A while back, recalling Dunning's diagram, I drew a slightly modified version on a napkin, with an added circle to show what people might actually know about dogs, and a second circle to encompass ignorance, which I think is quite different from cluelessness. 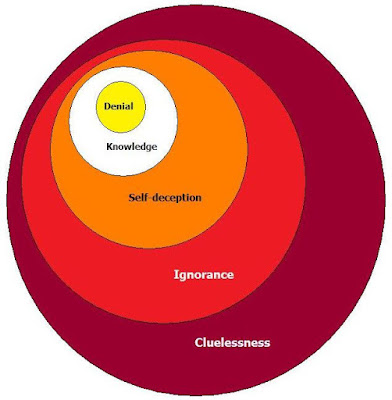 The smallest circle, in yellow, is denial. This is the stuff about dogs that is too painful for us to confront for whatever reason. Sometimes this is about dogs in general or a breed in particular, but often as not it is about the owner and his or her own need to work out his or her own psychological issues through a canine surrogate.

This is a surprisingly small circle with most people, and it is probably way over-represented in this drawing.

The next largest circle, the one in orange, is self-deception or what Dunning describes as "rationalization, wishful thinking, defensive processing, self-delusion, and motivated reasoning."

This is the circle that encompasses all the falsities we tenaciously hang on to, or refuse to reexamine because re-examining them is not very convenient.

How many people position their dog food or dog training choices as the only ones that work, and never mind the evidence to the contrary?

How many people blame the dog for their failure to be clear and consistent?

How many people are breed or kennel blind?

How many think they exercise their dog when they walk it around the block?

How many people think they know all about dogs even though they have never read a book or bothered to teach a dog a simple trick?

The next ring is ignorance. These are the things we know we do not know. We may not know how to teach a dog how to climb a ladder, for example, or how to close a barbed wire flesh wound, but we know it can be done and it can be learned.

This is the eternal mystery of dogs.

We do not hear what a dog hears, and we do not have the same internal drives or all of the same motivations.

When a dog throws a sign, we generally do not know how read it, or even that it is being given, much less how to send it back (or that we should) with a wag of our tail or a slight movement of our ears, or a curve in our gait.

We have no idea.

In the world of the dog, we humans seem to bump around blind, deaf, loud, incoherent, manic and stupid.

Look at what is in white versus the sum of what is colored, and remember that knowledge is probably over-represented here!

Now is there really any wonder why so many people think strange things about dogs?

Self-deception alone has made us blind to the large numbers of deformed dogs paraded around Kennel Club rings.

Self-deception is what enables us to call a place a "shelter" when 75 percent of the dogs admitted are summarily killed.

And as for knowledge, it is not that easy to get, is it?

The all-breed books are packed with invented stories from dog dealers, or are filled with  prattling nonsense copied from one autodidact to another.  So many of the dog training books are either autobiographies about the author or are tips on how to train a dog to do a nearly-useless trick.

And, of course, book learning will only take you part way.

You cannot really know dogs until you have spent a lot of time in action with them and observing them, and not just one dog but many.

If you truly want to know about dogs, you have to take them out into the elements for which they were created. And even then, there will be mysteries.

While you may be able to shrink the denial circle, and expand the knowledge circle, there will always be the vast land of Clueless lying just over the horizon.

This is the Unexplored Country which the dog inhabits alone -- the vast veldt call NESCIENCE. 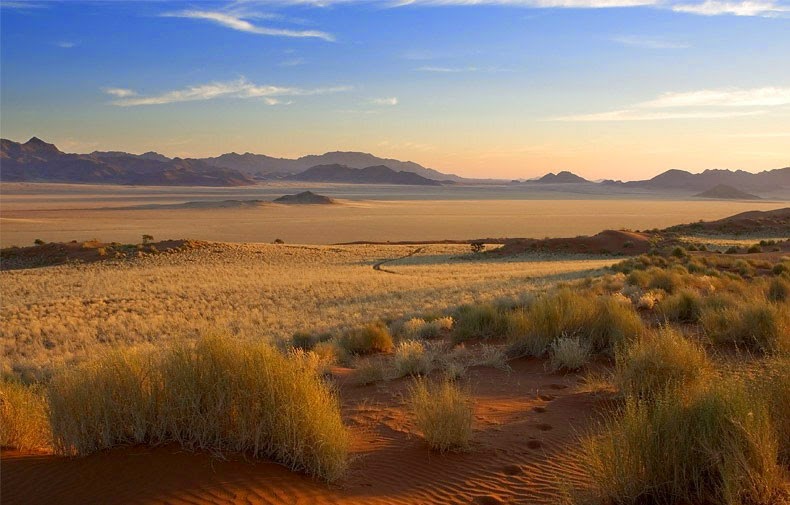 It's funny that to prove your point (which I totally agree with) about people and their knowledge and competence that you would cite a study by practicioners of that King of Pseudoscience- PSYCHOLOGY! This bankrupt "science" is the embodiment of all the points made in this post- "rationalization... wishful thinking... motivated reasoning.." Think about your actual experience- as you know most people are stupid- that's a given- but really- do you honestly think most competent people are diffident about their skills? The ideas of psychology are seeping into the dog world with all the PC controversy about training and vets claiming to be "behavioral experts". Really- the motivations, actions and thoughts of most people and dogs are an "eternal mystery" as you say- charlatans with Ivy league degrees in Psychology or now "neuroscience" are just professional bullshitters- the very people I admire you for calling out. Psycholgy is the misdivination of the mysterious and obfuscation of the obvious...

And to pile on: Psychologists are jargonists in search of a science using dubious data, confirmation bias and "discovery" of already known facts. Similar to animal ethicists and behaviorists they are adrift in a sea of self-delusion and opinion. It is exactly nescience.

How long have you thought this way? Tell me about your mother...