A Simple Day in Forest and Field 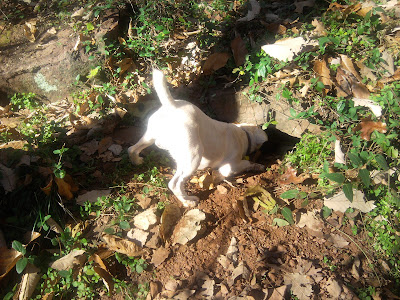 A beautiful day out in forest and field; dry with a high of 62 degrees.

I went to a farm near the house. The leaves were falling so fast, you could hear them.

It's deer season now, so even when I hunt on Sunday, I keep my eyes peeled for deer stands, flagging, and hunters.   I'm happy to say I saw no one; I almost never do.

The sunflower field at the front of the farm had been cut over, revealing a bag of dove decoys left behind. I didn't even know there were dove decoys.  I was not sure what to do with them, but dove season is long gone, so now they are in my garage. 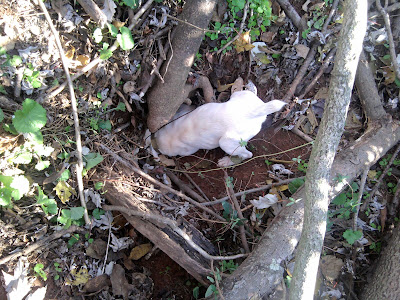 Mountain and Gideon found a stone-lined sette they like well enough.  They both did a through-and-through (twice!) but never opened up. No one home, apparently, but whatever had been there must have just left, as both dogs were walking on their toes with excitement. 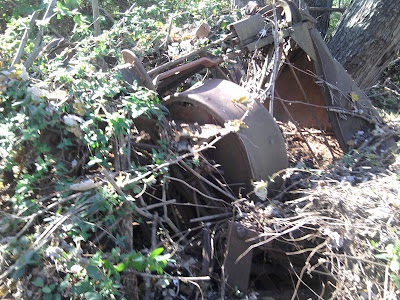 Mountain bolted a very large groundhog from an eight-eyed sette, part of which was under this rusting hulk of farm machinery.  The groundhog slid out and went about 8 feet up the tree, but when I shouted, it came back down the trunk and disappeared into the underbrush, never to be located again.   Mountain, of course, was underground and Gideon was tied up on the edge of the field.  Oh well.  At least the dogs found.

Email ThisBlogThis!Share to TwitterShare to FacebookShare to Pinterest
Labels: digging on the dogs