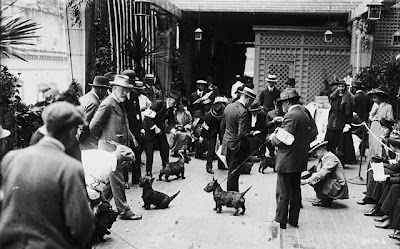 Read the whole thing here (PDF), but because I am pretty sure most people won't, let me summarize some key points:


This is a very comprehensive survey:

Scottie health has an economic and emotional impact on owners:

"Professional" and "Show" Breeders are not producing healthier dogs

Hats off to Great Scots Magazine and its readers for producing a model health survey on their breed. This survey shows something all too rare in the world of dogs: a willingness to invest considerable money and time in collecting and analyzing data about all dogs within a breed (pet dogs as well as show dogs), and to report out the facts in a clear way, with conclusions drawn without flinching.

Clearly, Scottie owners love their breed, for true dog lovers will always put their dogs before their egos, and will embrace the truth no matter how painful.

If there is hope for the Scottie, it is in will be found with folks like the readers of Great Scots Magazine.

Read more excellent articles from Great Scots Magazine, below. Each one of these article is a true gem of clear thinking and good writing. Read them all!

Troubled Breed: How Did We Get Here? (PDF) from Great Scots Magazine editor Joseph Harvill:
"Today’s Scottie is a genetic shadow of the rugged Highland Chieftan he once was, and worse, he carries a crippling genetic load." 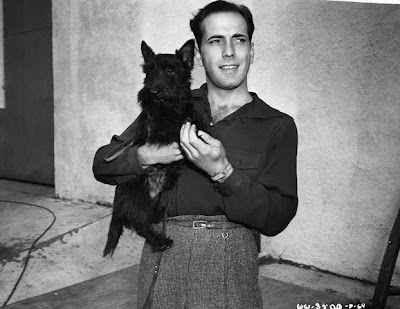 Patrick ~
Thanks for your efficient summary of my Scottish Terrier Health Survey data. You condensed a world of material into a readable, small space! Well-done.
I wish I could say the reception my health data has received inside Scottie circles has been as favorable as yours ... but it hasn't. Turns out, it's not just my breed that is terrier-aggressive; the Scottie establishment is, too, especially against anyone challenging breeding traditions and questioning the breed club's 108 year record as proprietary "responsible breeders."
At the same time, I am pleased to report that the mass of Scottie owning public is passionately behind my magazine's efforts to speak up for our dogs, even if that means speaking out against my breed's friends and gatekeepers. Also some of my most cordial and supportive letters have come from club breeders who know we cannot continue the thinking that has brought us to the present Scottish Terrier predicament if we truly wish to have a different outcome in the future.
Thanks for your great work on behalf of Jack Russells. I thoroughly enjoyed your book.
Joseph Harvill, publisher of Great Scots Magazine

Thank you so much for providing links and also your summary to this wonderful set of articles. I have printed them all out (well not the full health survey!) and read them carefully.

And thank you too to Joseph (if you come back to read this) for writing the articles.

My interest in the subject of the way animal breeding is done stems from my concern about the degree to which Siamese cats have been changed from the ones that I grew up with to the ones that are generally available today.

A few years ago I was fortunate enough to obtain a couple of old style Siamese cats from the only breeder here in Australia that breeds them. The cats they have are bred from the few old style Siamese (not registered) that they could find in Australia and a couple of cats they have imported from Holland where there is a successful group working to revive the breed. I mention this because I am impressed that this group includes a minimum ancestor loss coefficient in its breeding requirements.

So I wondered whether either of you knew of any other group breeding cats or dogs which has incorporated a population genetics perspective into their rules?

The Dutch group have combed the world seeking out suitable animals to breed. For instance a few cats were imported from Ecuador where there is no show cat structure. The cats that are bred there today still look the same as those that were imported decades ago. I wonder whether this approach might help some other breeds in trouble, like Joseph's beloved Scotties for example?