Why the Humane Society Will Never Change 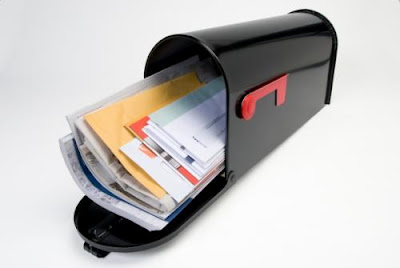 Gina Spadafori over at the Pet Connection blog has written a very nice piece about the Humane Society of the U.S., and Wayne Pacelle's efforts to woo her over. Read the whole thing.

The good news is that Gina is appropriately skeptical, and she is (as usual) fair. In short, she says some nice things about some of the HSUS staffers that she has known, even as she questions the intentions, veracity and follow-through of Wayne Pacelle, the head of the Humane Society.

Gina correctly notes that the HSUS is different from PETA. She is right; they are not identical organizations.

PETA, you see, is ideology driven.

Ideologues believe in something, however wrong it might be.

The Humane Society of the U.S., however, is not ideological. It is a pure direct mail machine.

Direct mail mills are not about ideology; they are about 1 percent return rates.

If a direct mail mill's rate of return drops below 1%, it will test a new direct mail package until it finds one that produces better. The story may change (and the the story may in fact be nothing more than a lie heaped on a distortion), but the methods and actions of the organization do not.

How do you write a good direct mail letter? Simple: You follow the age-old direct mail mantra that “the heart out pulls the head,” and you target naïve senior citizens and ask them for their "most generous contribution at this critical time."

It's best if the letters are as emotion-laden as possible. Response rates can be goosed up by adding stickers or pictures of horrors to be avoided, or kittens to be saved. Top it all off with a fake sense of urgency and -- voila -- you have a direct mail package.

But have no illusion: direct mail letters are not necessarily about the truth. They are about return rates.

This is not to say that the Humane Society does not do some good. They do.

Nor is to say that the Humane Society of the U.S. is populated by resident evil. That is not true either.

That said, it is important to understand what this organization is really about, and who has the REAL power within the HSUS.

The Humane Society is mostly about direct mail. The direct mail business is not about saving the lives of cats and dogs but about management contracts, laser printing, #10 carrier envelopes, bar codes, caging operations, business reply envelopes, and rising pre-sorted non-profit postage rates. In short, it's about money.

HSUS's direct mail operation targets senior citizens who are lead to believe they are helping poor dumb animals down at the local shelter.

This is the LIE that the Humane Society of the U.S. has maintained for more than 50 years.

To be fair, Mr Pacelle is simply the latest keeper of this lie. The fact that it is an old lie, however, has not improved its odor.

Gina tell us that the Humane Society of the U.S. is trying to suggest it is no longer serving up the same old bull. Instead, Wayne Pacelle would have us believe his organization is in the process of change because now it is now trying to serve us "elderly male cow” instead.

Gina is skeptical. She suspects Mr. Pacelle is little more than a wordsmith. She is right. But what she may not fully understand is that even if Wayne Pacelle wanted to change the HSUS, he could not.

You see, direct mail is VERY EXPENSIVE and the salaries of the top folks at HSUS are dependent upon keeping HSUS membership numbers up. If membership numbers fall for two years in a row, Mr. Pacelle will be shot out of his seat like a human canon ball.

And so, Mr. Pacelle is focused on keeping membership numbers up. And the only way to keep those numbers up is to by stoking the cash-guzzling flying machine called direct mail.

And so millions of emotion-laden direct mail letters will be sent out this holiday season to elderly Americans in hopes that at least one-in-a-hundred will reach the door of a naïve and poorly informed person who will write a check.

Never mind that the letters are packed with lies, distortions, and contrived crisis.

Never mind that the hard-earned retirement money of America's seniors is not going where people think it is.

Would people donate if they knew 70 cents out of every dollar they gave to HSUS was spent to send out more direct mail?

NO. So the Humane Society does not tell them. Instead, it counts direct mail as a "program cost," under the theory that their main mission is not to help animals through direct action, but to agitate people into giving more money so that more direct mail letters can be sent out.

Would folks continue to donate to HSUS if they knew the organization did almost nothing to help fund local animal shelters?

NO. So this fact is not said.

Instead, the truth is parsed and purged, and the stories are carefully constructed and orchestrated by professional direct mail liars for hire.

The stories change, but the business plan remains the same. The organizational sail may have to be reefed in, let out, or recut to fit the shifting winds of public opinion, but it will always be bent to the twisted timber of the direct mail business. And why is that? Simple. It's because direct mail is core the business of the Humane Society of the U.S.

The bottom line is the bottom line. Wayne Pacelle and his direct mail contractors know they are dependent upon the age-old "say anything" and "do nothing" strategy of all direct mail mills.

The trick is to say anything to keep direct mail returns up, and to do as little as possible that will actually cost any real money beyond the needs of the direct mail machine, and the salary needs of a dozen top HSUS executives.

One way a direct mail organization like HSUS can fool people into thinking they are doing something is to FAKE IT by taking credit for the work being done by others.

That is what Mr. Pacelle and his organization are now doing when it comes to the push to No Kill shelters. Gina says Wayne Pacelle sounds like he is “channeling Maddie’s Fund.” She is being far too kind. In reality Mr. Pacelle is engaged in the intellectual and moral theft of the work of others.

Mr. Pacelle is trying to steal success he did not earn, even as he tries to marginalize those who are actually leading the push for substantive change.

The good news is that HSUS is apparently feeling the heat.

The bad news is that it can never see the light, because it is welded to a direct mail mill business plan based on words, rather than direct action where it really counts.

H$U$ fundraising is directed at supporting their ideology, not helping animals.

They lobby at all levels of government for breed bans and onerous regulations as part of their openly stated goal of eliminating domestic animal husbandry. They insinuate themselves into the process, pretending to negotiate on behalf of animal owners. They don't speak for us and nobody appointed them to represent us.

Louisville, Alburquerque, California and more - you don't have to dig deeply to find them there. In fact, they brag about it.

They are very closely aligned with Peta. Most of these organizations are interconnected.

The H$U$ was taken over through the purchase of a large number of memberships by the AR crowd. They attended the AGM and voted their people onto the BOD.

Due to their miscalculation over the Vick case, more members of the public are becoming aware of the H$U$ MO.

They piggyback onto current issues, such as Katrina or the Vick thing and pretend to be fundraising to 'help the animals'.

In the Vick matter, they also claimed that they had been involved in the investigation. Untrue according to State officials. They were also not remotely involved in caring for the seized dogs. In fact, as usual, both Peta and H$U$ advocated that the dogs be killed, since 'fighting dogs' cannot be rehabbed, in their esteemed opinion.

Anything that makes dogs seem dangerous suits these groups. They want dogs to be 'free' to live as pariahs, despite the millennia-old association of dogs with humans.

I'm hoping that we will see the end of these AR groups and in my personal opinion, H$U$ should lose its charitable status.

They are anything but a charity. They are a political lobby group for the AR movement, well funded by innocent people who believe their propaganda.

The good news is how quickly the word is spreading. We have a website and email list to help pet owners solve problems with their dogs. As recently as six or seven years ago, I had a link from that site to something innocuous on the HSUS site. I don't remember what, something about training, I would imagine. I received one response asking me to please remove it, that HSUS was animal rights oriented, etc. I did some research and removed it. Now if I were to put a link to HSUS on our site, I would receive dozens of responses, most of them not very nice! On our Pet-Law email list, we once spent days educating new members about HSUS. Now most of them come in knowing the story and ready to fight. It's getting better. People are learning the truth. We just need more people like Terrierman spreading the word. We have been fighting HSUS and its spores in the legislature in Virginia for years and mostly succeeding. This year, now that they have announced that "Virginia is for puppy mills," we take off the gloves.

You've mentioned this elsewhere, Patrick, but it's worth saying again, the HSUS is the largest anti-Hunting, anti-Fishing, anti-Trapping lobby in the USA.

I'm sure it doesn't take much to construe that as the largest anti-Terrierman lobby as well.