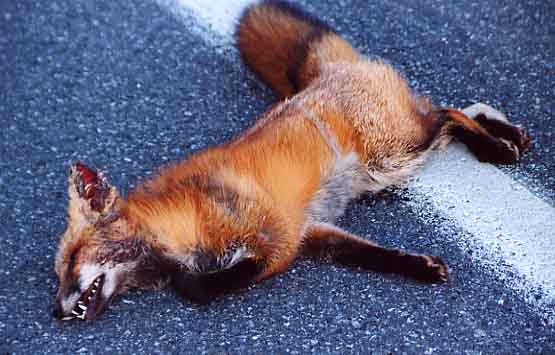 Rudyard Kipling traces the history of England and western civilization through the "meditations" of the fox in the poem appended below.

Kipling references the time when "hedging came in fashion" (the Enclosure Movement) and notes too the rise of wire fences and trains which enabled more and more "townies" to come into the countryside.

Carter Fell is mentioned as well -- the same Carter Fell that John Dodd of Catcleugh -- one of the creators of the Border Terrier -- was hunting during Kipling's lifetime.

For more information about the role of the Enclosure Movement in the development of terriers, see >> "A Pictorial History of Terriers; Their Politics & Their Place"

For more about how the rise of cars and easy travel to the countryside has influenced terrier work, see >> "The Sad Rise of Hard Dogs"

Rudyard Kipling was born in 1865 in Bombay India, and died in 1936 in London. He married an American woman in 1889 and, for four years, he lived in Vermont, where he wrote The Jungle Book and the sequel, Just So Stories.

Kipling was the first Englishman to receive the Nobel Prize for Literature.

The Fox Meditates by Rudyard Kipling
When Samson set my brush afire
To spoil the Timnite's barley,
I made my point for Leicestershire
And left Philistia early.
Through Gath and Rankesborough Gorse I fled,
And took the Coplow Road, sir!
And was a gentleman in Red
When all the Quorn wore woad, sir!
When Rome lay massed on Hadrian's Wall,
And nothing much was doing,
Her bored Centurions heard my call
0' nights when I went wooing.
They raised a pack - they ran it well
(For I was there to run 'em)
From Aesica to Carter Fell,
And down North Tyne to Hunnum.

When William landed hot for blood,
And Harold's hosts were smitten,
I lay at earth in Battle Wood
While Domesday Book was written.
Whatever harm he did to man,
I owe him pure affection;
For in his righteous reign began
The first of Game Protection.

When Charles, my namesake, lost his mask,
And Oliver dropped his'n,
I found those Northern Squires a task,
To keep 'em out of prison.
In boots as big as milking-pails,
With holsters on the pommel,
They chevied me across the Dales
Instead of fighting Cromwell.

When thrifty Walpole took the helm,
And hedging came in fashion,
The March of Progress gave my realm
Enclosure and Plantation.
'Twas then, to soothe their discontent,
I showed each pounded Master,
However fast the Commons went,
I went a little faster!

When Pigg and Jorrocks held the stage
And Steam had linked the Shires,
I broke the staid Victorian age
To posts, and rails, and wires.
Then fifty mile was none too far
To go by train to cover,
Till some dam' sutler pupped a car,
And decent sport was over!

When men grew shy of hunting stag,
For fear the Law might try 'em,
The Car put up an average bag
Of twenty dead per diem.
Then every road was made a rink
For Coroners to sit on;
And so began, in skid and stink,
The real blood-sport of Britain!

Excellent posts, Patrick. As any wildlife biologist knows highway carnage tells a lot about wildlife demography, and Kipling was an astute observer of human-wildlife relations. I've researched his elephant stories, and they are pretty much spot on when it comes to mahout- elephant relations. Well you've managed to inspire me to squirrel through the boxes in the garage to find my Kipling books. Keep 'em coming.

Love the Kipling. Man knew his history and his critters.