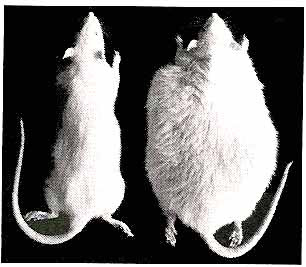 In physics you have "laws" -- unbreakable realities like the Law of Gravity and the Second Law of Thermodynamics.

Nothing is quite so simple in the world of wildlife where "rules" are generally observed but frequently broken. A few of the more interesting "rules"

Too much can be made of these "rules" as there is considerable variation within every animal population, not only between the sexes, but also in the genetic potential of each animal and its ability to achieve that genetic potential (i.e. the local availability of food). In the real world there is often as much variation between animals found in the same region as between groups of animals found in different regions, and often as much size variation between the sexes as there is within regions.